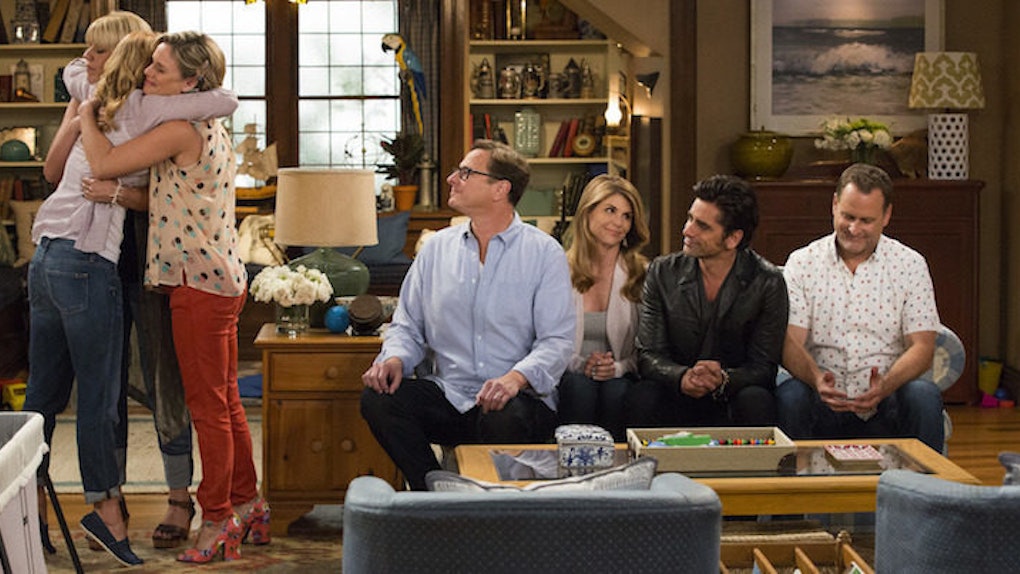 In an interview in the latest issue of PEOPLE magazine, John Stamos explained how easily the cast fell back into roles as members of the Tanner family.

We never stopped loving each other. That magic you saw? It's still there because it never stopped from the day that we ended the show.

Just when you thought the house was full, it gets -- say it with me -- FULLER!

Die-hard fans awaiting the return of their favorite TV family can find the series on Netflix beginning February 26.

Citations: The Tanners are together again in first 'Fuller House' photos (Mashable), PEOPLE Takes You on the Set of Fuller House: John Stamos Says, 'We Never Stopped Loving Each Other' (PEOPLE)