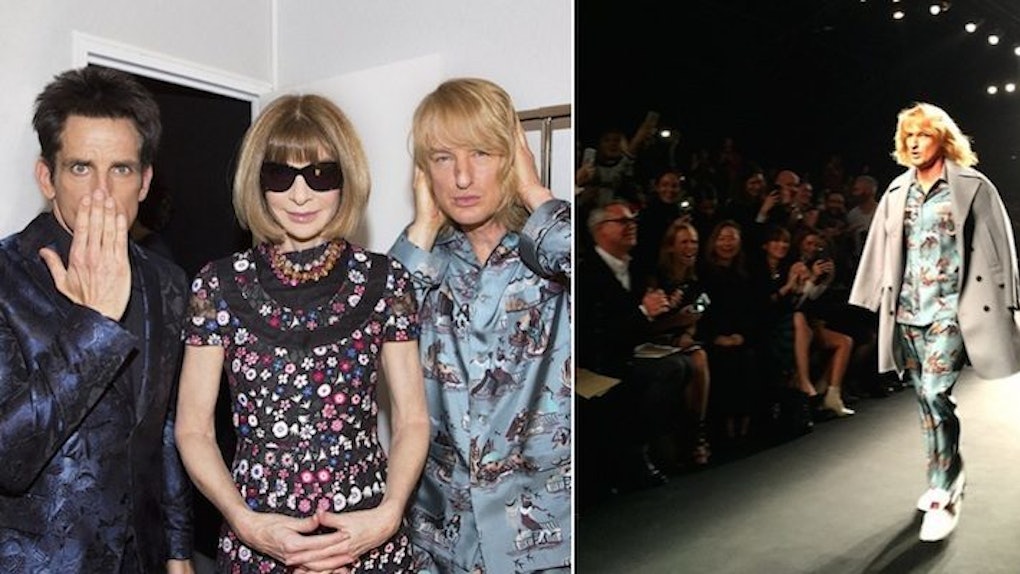 It's been well over a decade since "Zoolander" was released, but the film is still as popular as ever.

Rumors have been swirling about a sequel to the movie. Supposedly, filming is set to begin on that production sometime this spring.

But, we've got a tasty little "Zoolander" morsel to hold you over until "Zoolander 2" comes out.

Derek Zoolander himself and Hansel strutted their stuff at the Valentino show at Paris Fashion Week.

Blue Steel was all over the place, and I'm pretty sure Zoolander even broke out Magnum.

Update: The runway stunt was a way for the pair to announce the release date of the sequel. "Zoolander 2" will come out on February 12, 2016.

This is the height of fashion.

But, why male models?