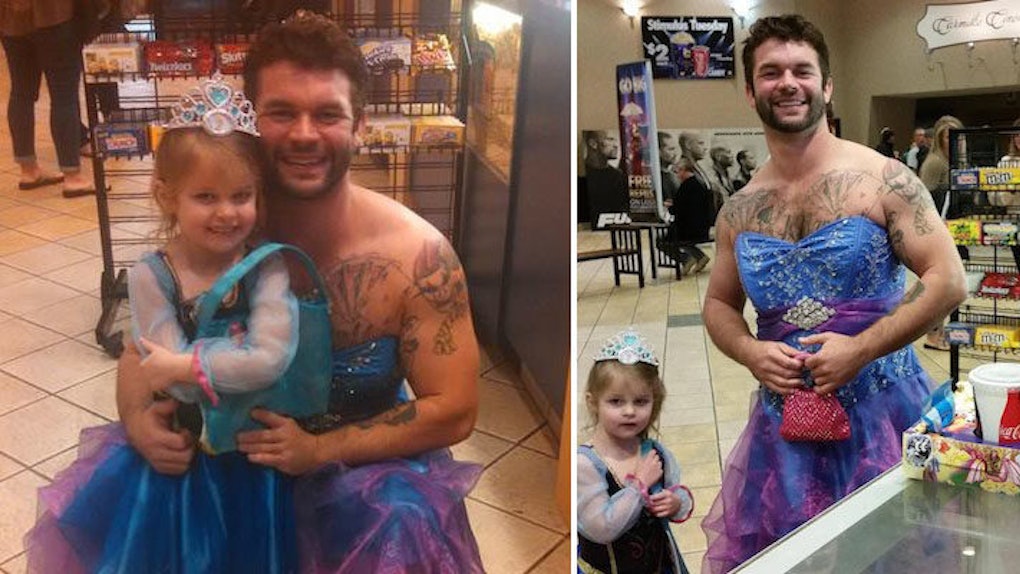 Most guys would never be caught dead in a dress, much less willingly wear one in public.

Then again, 23-year-old Jesse Nagy is not “most guys.”

He is, however, the best uncle ever.

Nagy and his 4-year-old niece, Izzy, had plans to go to their local movie theater in Alabama to see "Cinderella."

Izzy really wanted to wear her princess costume to see the movie but admitted she was too embarrassed to be the only one dressed up.

So Nagy dressed up with her.

He borrowed a prom dress from a friend and proudly wore the stylish gown to the theater so his niece would feel comfortable enough to wear her princess costume.

He told ABC News of his courageous costuming,

If that's not love, I don't know what is.

An anonymous theater employee took a photo of the princessy pair and posted it to Reddit, where it quickly went viral with over 1.7 million views.

Check out the heartwarming and adorable pic below.

Man of the year.

Nagy uploaded this snap to his own Facebook page.

Citations: Little girl was embarrassed to wear her princess costume to the cinema so her uncle wore his too (Metro UK), Why one man dressed as a princess for his four year old niece (ABC News)