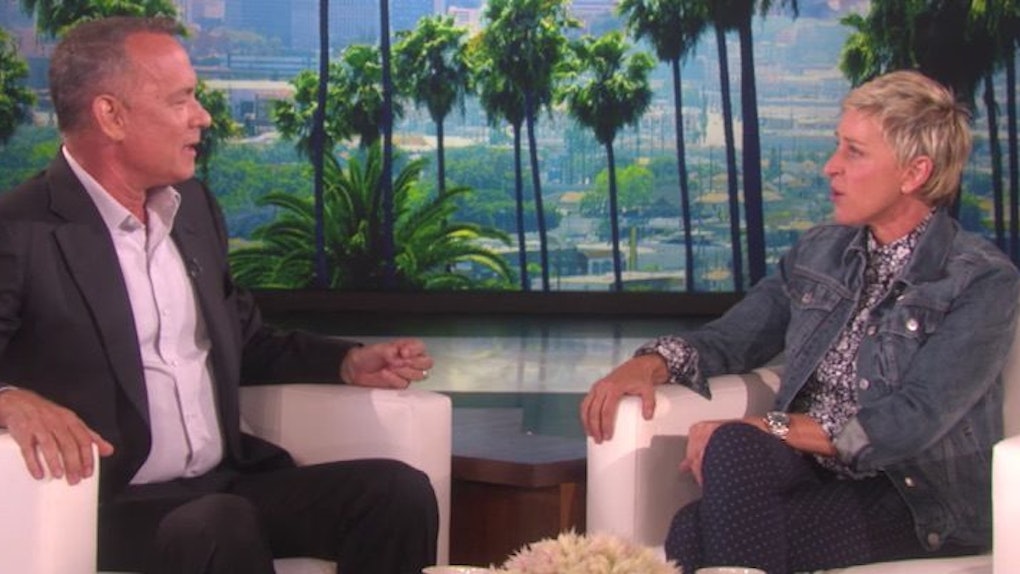 Thanks to the magic of voice acting, Tom Hanks and Ellen DeGeneres just gave us a "Toy Story" and "Finding Nemo" crossover.

Sure, the script's not quite as tight as the original movies, but it's not bad considering it was improvised on the spot.

On Friday, Tom Hanks stopped by "The Ellen DeGeneres Show" to promote his new film, "Sully," but somehow he ended up in a good 'ol fashioned Pixar-Off.

Tom mentioned to Ellen often parents try to introduce him as Woody to their kids — but kids don't recognize him until they close their eyes and listen to his voice.

One thing led to another, and then suddenly Woody and Dory were there having a conversation with each other.

Unfortunately, Ellen's crew was not able to make the screen go black for this epic crossover (something about viewers not liking a black screen), but close your eyes for the full effect.

The two voice actors shared some insider info on how they approach the characters, as well. Tom said,

Woody is clenched all the time. My diaphragm is always exhausted after those five-hour recordings.

Dory on the other hand, is always left behind, so Ellen said she always had to be hyperventilating and out of breath to capture her voice.

So, Pixar Studios, can we get some animation for this crossover, please?

Citations: Tom Hanks and Ellen DeGeneres Have a Frantic Conversation As Their Pixar Characters Woody and Dory (Vulture)