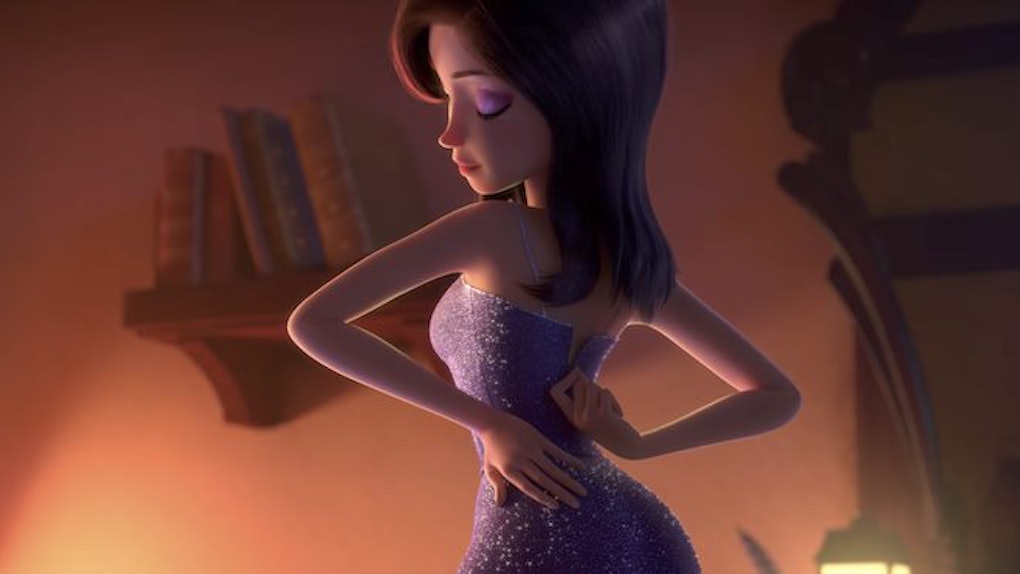 Actually, literally, WTF am I looking at?

A new English-language Korean animated version of the famous Disney fairytale Snow White And The Seven Dwarfs recently screened at the Cannes Film Festival and so far everything I can find out about it is terrible.

UPDATE: Chloë Grace Moretz has spoken out about the poor advertising for the Snow White movie and tweeted the following comments at 1:43 p.m. on May 31, 2017:

Additionally, Elite Daily received the following note from the producer of 'Red Shoes and the 7 Dwarfs' to apologize on behalf of the marketing campaign:

As the producer of the theatrical animated film 'Red Shoes and the 7 Dwarfs', now in production, Locus Corporation wishes to apologize regarding the first elements of our marketing campaign (in the form of a Cannes billboard and a trailer) which we realize has had the opposite effect from that which was intended. That advertising campaign is being terminated.

Our film, a family comedy, carries a message designed to challenge social prejudices related to standards of physical beauty in society by emphasizing the importance of inner beauty. We appreciate and are grateful for the constructive criticism of those who brought this to our attention. We sincerely regret any embarrassment or dissatisfaction this mistaken advertising has caused to any of the individual artists or companies involved with the production or future distribution of our film, none of whom had any involvement with creating or approving the now discontinued advertising campaign.

EARLIER: To begin, the new movie is being called Red Shoes & The 7 Dwarfs, and the literal, actual ad reads, "What if Snow White was no longer beautiful and the 7 Dwarfs not so short?"

To which I answer, WHAT DO YOU MEAN "NO LONGER BEAUTIFUL," YOU CRAZY AD?! (And while I'm on it, what do you mean "not so short?")

Here's the bigger problem: The ad depicts two women -- one, tall, thin and full of makeup, and the other shorter, fuller and less done-up. The assumption here is the tall, thin woman is considered "beautiful" and the much more normal woman is "no longer beautiful."

How did this get approved by an entire marketing team? Why is it ok to tell young kids being fat = ugly?

Look, I'd understand if they were comparing a normal girl to a monster with fangs and fire coming out of its eyes and it had six heads, but that is NOT the case. What IS the case is that they show two women, and the shorter, heavier one is being shamed.

The movie's trailer also caught a lot of heat for being... well... just watch it first.

Thoughts, comments, questions, concerns, anyone? Anyone?

Maybe you picked up on the hints of sexism, tokenization of women, outrageous beauty standards and just a small, tiny tinge of men HIDING AND WATCHING A WOMEN UNDRESS? Plus there's that whole being disgusted by her normal body part, to which I say, "Nope."

Ugh, what are we doing, guys?

The movie's producers, distributors and the voice of Snow White, Chloë Grace Moretz, have yet to comment.

Unless the movie is designed to shatter this thinking process and is actually intended to deliberately point out how totally SUCKY everything the ads and trailer have displayed so far, this is a massive ol' miss.