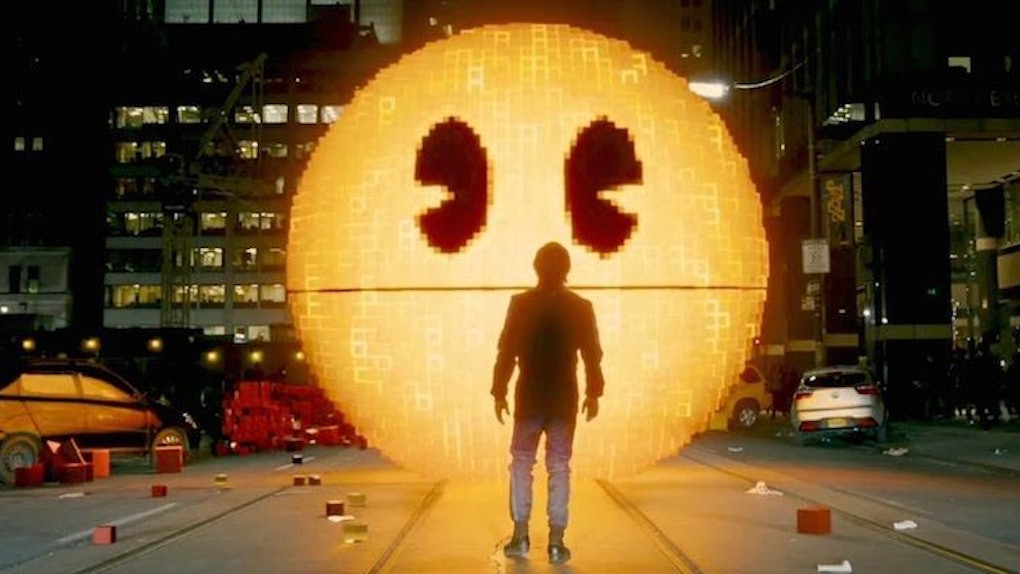 If you ever wanted to see a movie about classic video games annihilating mankind, you're in luck. We have the first trailer for "Pixels" for you.

The aliens built monstrous versions of Pac-Man, Donkey Kong and Frogger in their quest for world domination.

If this all sounds somewhat convoluted, that's because it is. The trailer is only two and a half minutes long, and yet it's packed with exposition.

But, you don't go to see a movie starring Adam Sandler and a life-sized version of a barrel-throwing monkey for its straightforward plot. You see it because sh*t blows up and Pac-Man decimates an entire city.

To get a little taste of that destruction, watch the trailer above.