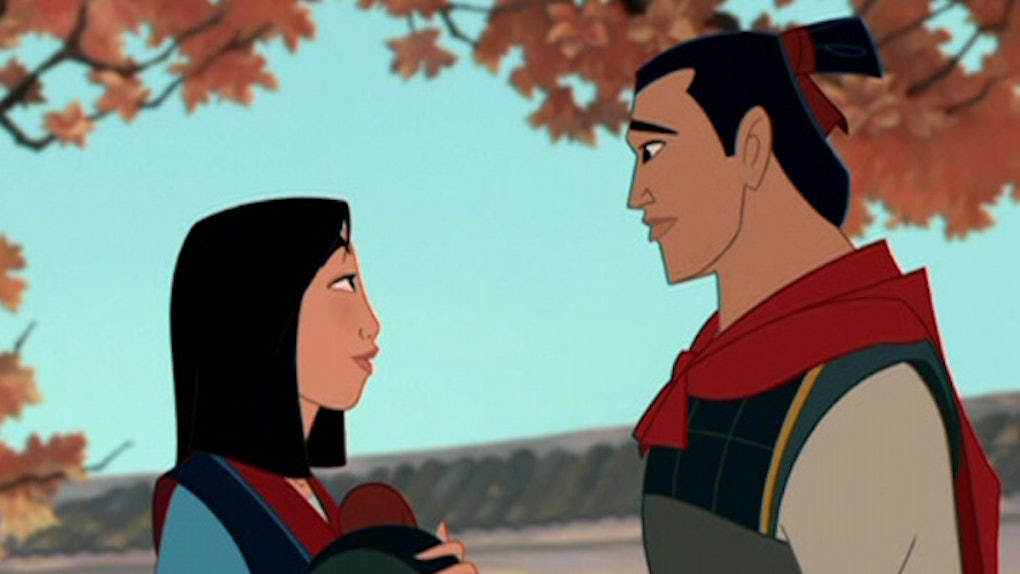 In case you hadn't heard, the 1998 Disney film "Mulan" is getting the live-action remake treatment, like so many other Disney classics.

Obviously this is amazing news because "Mulan" is an amazing film that anyone should happily watch 1,000 remakes of.

But also, following the initial news of the film, many were instantly on guard for some whitewashing BS.

Considering the stunts Disney has pulled in the past — like casting Johnny Depp to play the famous Native American character Tonto in "The Lone Ranger" — this suspicion seems well-deserved.

Then, over the weekend, it seemed like our worst fears had been confirmed: The new "Mulan" was rumored to be casting a white male lead to play Mulan's love interest.

However, Vulture since reported sources close to the film assure fans the film will feature an Asian love interest.

The rumor came from an anonymous post to the blog Angry Asian Man.

The poster identifies as "an Asian American person in the industry," and claims to have read the script for the new film, "The Legend of Mulan."

The blogger describes a white male lead in the script as follows:

The man is a 30-something European trader who initially cares only for the pleasure of women and money... In this script written by Lauren Hynek and Elizabeth Martin, more than half of its pages are dedicated to this merchant who develops a mutual attraction with Mulan and fights to protect her in the ensuing battles. To top it all off, this man gets the honor of defeating the primary enemy of China, not Mulan.

Obviously, people were pretty upset to hear this news, both because of the presence of a white lead character in a Chinese story and the implication Mulan wouldn't even be the hero in her own film.

However, it seems this anger may be premature.

The source who spoke to Vulture did not deny the script the blog poster found was official, but assured fans it was an early draft and that the film would feature a Chinese love interest.

In a statement, the source wrote,

The spec script was a jumping-off point for a new take on the story that draws from both the literary ballad of Mulan and Disney's 1998 animated film. Mulan is and will always be the lead character in the story, and all primary roles, including the love interest, are Chinese.

And with that, the internet breathed a collective sigh of relief.

Thank God. No white guy could ever be as hot as this.