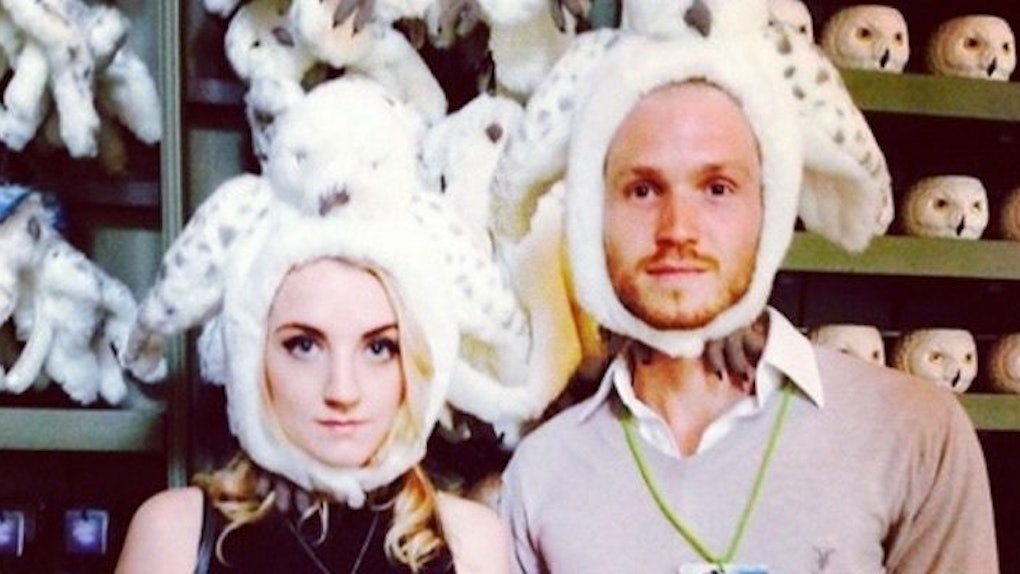 (Did you think I was going to make a different pun? Sorry, no.)

On Friday, while "Harry Potter" fans were lining up to see "Fantastic Beasts and Where To Find Them," they also got some sad news: Evanna Lynch and Robbie Jarvis broke up.

The "Harry Potter" actors confirmed to Us Weekly on Tuesday their real-life magical relationship had come to an end.

Lynch, who is 25, played Luna Lovegood in the "Potter" films, while Jarvis, 30, makes a brief appearance as Harry's father, James Potter, in "Order of the Phoenix."

I admit, it was pretty cute when I heard they got together back in May of 2015.

I mean, just look at them wearing Hedwig wigs on their heads together.

Who wouldn't be charmed by such a magical relationship? Plus, this was a huge win for all those Harry and Luna shippers out there.

They did have some chemistry, I'll admit, but dating the dad is close enough.

Look, don't get too broken up about the split — they're still friends at least!

When asked if the couple was together at the "Fantastic Beast And Where To Find Them" premiere in New York City last week, Jarvis told Us Weekly,

No, but we're still friends.

So based on that quote, it's hard to say when exactly the couple broke up officially.

Well look, folks, it's sad, but love doesn't always work out the way it does in "Harry Potter," aka marrying the person you met when you were 11 and staying together for the rest of your life.

And it's not like Dobby died or anything. Or Dumbledore. Or Fred Weasley. Or Remus Lupin. Or Tonks. Or Sirius Black. Or Cedric Diggory. Or Colin Creevey.

You see, in the grand scheme of things, this really isn't so bad!