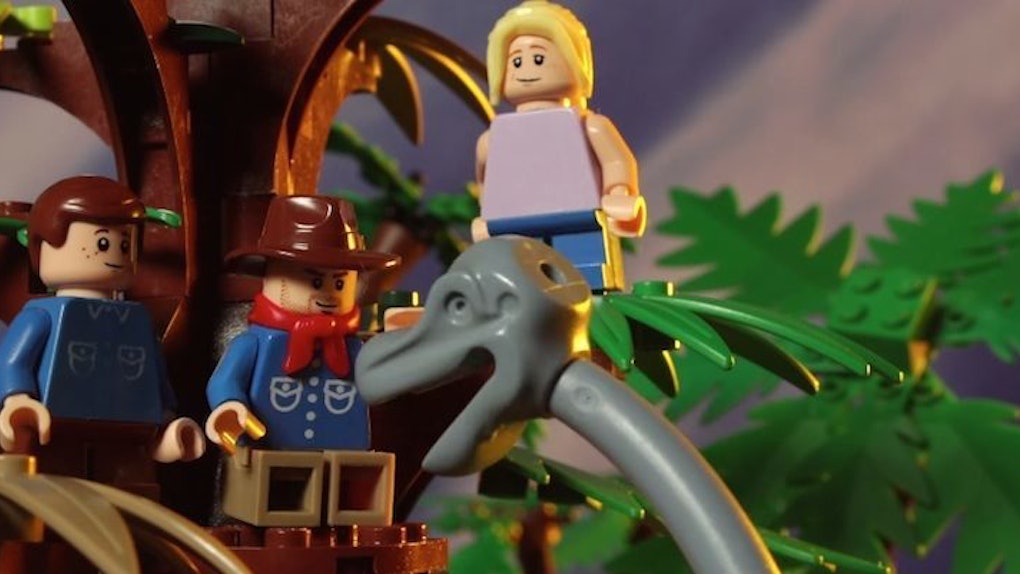 Father And Daughter Used $100,000 Of Legos To Recreate 'Jurassic Park'

Paul Hollingsworth is one hell of a dad. He helped his daughter, Hailee, recreate epic scenes from "Jurassic Park" using $100,000 worth of Legos.

Paul and his friends, who call themselves the DigitalWizards, and Hailee put together this eye-popping, stop-motion animation.

They remade classic scenes from the movie, such as the one when the scientists first approach the island and the scene in which Velociraptors chase John Hammond's grandkids.

Lego recreations of awesome action movies seem to be all the rage today. Earlier, we highlighted a "Matrix" Lego scene you should check out if you haven't already.

But, while you're here, take a peek at this dino-sized Lego animation above.