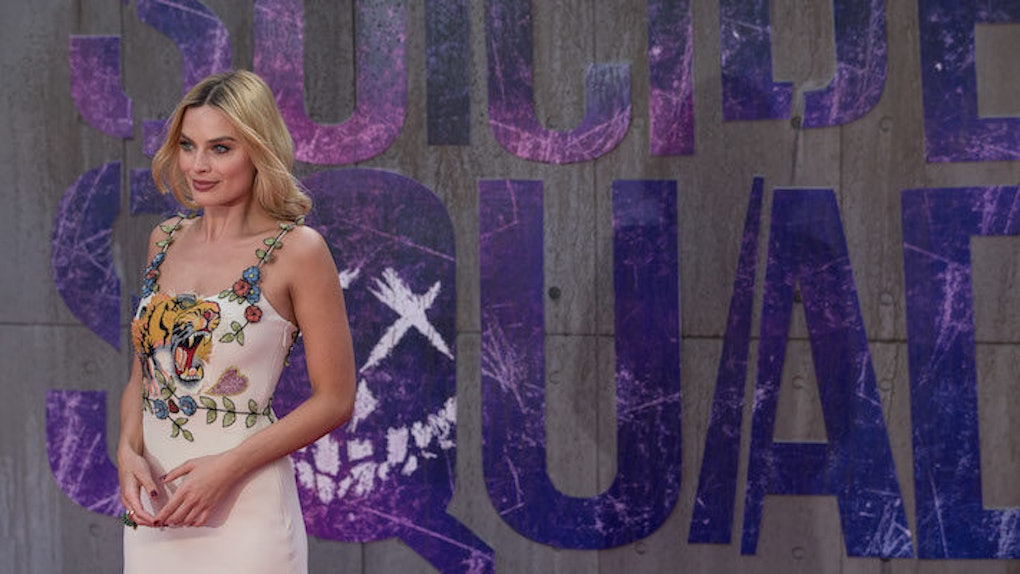 It's Really Happening: Harley Quinn's Getting Her Own 'Suicide Squad' Spinoff

Buckle up. We're all about to get a whole bunch of Margot Robbie in the next few years, and that's totally fine.

If there was one saving grace that emerged from the turd monsoon that was “Suicide Squad,” it was the Aussie actress playing Harley Quinn.

Boomerang made zero sense, the plot was muddy as hell, Cara Delevingne shat the dang bed and Will Smith could not have emotionally removed himself from that movie more if there was a billion dollar cash prize for ironic detachment.

Margot killed it, though, and will hopefully be killing it in at least two more projects in the near future through a newly inked first-look deal reached by her company LuckyChap Entertainment and Warners Bros.

Reportedly, one of those movies is -- and you're going to want to get some confetti ready -- a stand-alone Harley Quinn feature.

LuckyChap is also currently in post-production on the upcoming thriller "Terminal" and is developing "I, Tonya," a biopic where Robbie will be playing everyone's favorite '90s figure skater Tonya Harding.

Aside from the upcoming "Suicide Squad" spinoff, Robbie is slated to star in and executive produce Warners' film "Queen of The Air."