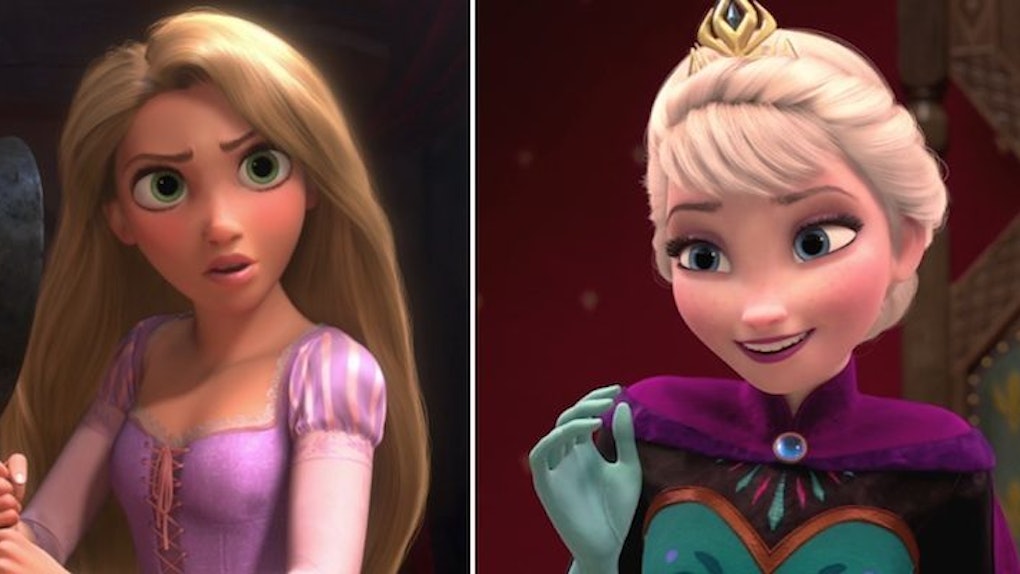 There's something very strange happening in the newest generation of Disney animated films, and it starts with a jawline.

After viewing a new trailer for Pixar's "Inside Out," which will be released by Disney, Tumblr user Something Classy began noticing a pattern that seemingly applied only to female characters.

Give or take a little roundness, all of their faces looked the same.

To prove her point, Something Classy traced each character's face.

Whereas the men of Disney movies display a wide range of facial shapes, regardless of hero or villain status, each woman had a similar plump visage and petite nose.

The controversy will come as no surprise to anyone on Earth when "Frozen" was released.

Viewers complained Disney/Pixar simply placed three different sets of hair on the same template for Anna, Elsa and their mother.

Some went further, claiming all three were just copies of Rapunzel from 2010's "Tangled."

In other words, Something Classy's post only brought to light a topic of discussion fans have been grumbling about for years.

It's especially awkward, considering "Frozen" head animator Lino DiSalvo's public comments about the difficulty of animating women way back in 2013.

Animating female characters are really, really difficult, 'cause they have to go through these range of emotions, but they're very, very — you have to keep them pretty and they're very sensitive to — you can get them off a model very quickly. So, having a film with two hero female characters was really tough, and having them both in the scene and look very different if they're echoing the same expression.

Take a look at these uncanny similarities.

First, Something Classy traced the faces of characters from the upcoming film "Inside Out."

She put together a montage of images, and all the men of Disney's computer animated films look different.

But, lo and behold, female faces only seem to come in button-nosed circles.

Citations: Every Female Character In Disney/Pixar Films Has The Same Face Apparently (BuzzFeed)