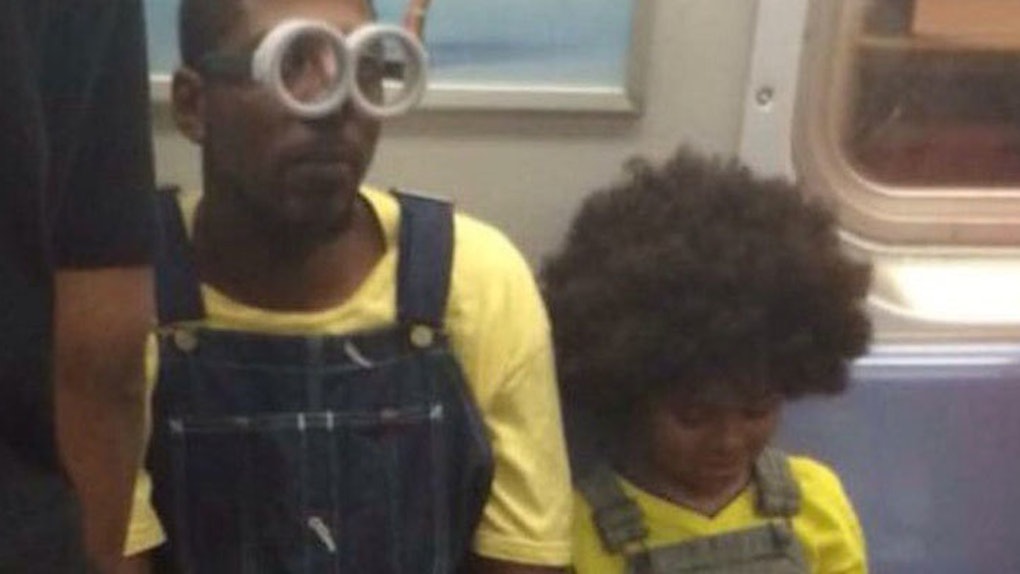 This dad is the best dad.

“Minions” was released this past weekend, and that means theaters have been overrun with kids wearing yellow undershirts, jean overalls and large goggles in order to resemble the lovable yellow characters.

One dad decided to embrace the craze and join his son in some Kevin/Bob/Stuart cosplay.

The photo was posted to Reddit, and although I can't confirm this is actually a father-son duo, I can assume -- barring the world's greatest coincidence of all time -- this kid didn't just happen to be sitting on the subway next to some random dude wearing the same costume as him.

This dad is either one helluva dad, or it was actually his idea to dress up as a Minion and his son is really just the best son of all time.

Citations: This Man Dressed as a Minion Is the Greatest Embodiment of Fatherly Love (Cosmopolitan)