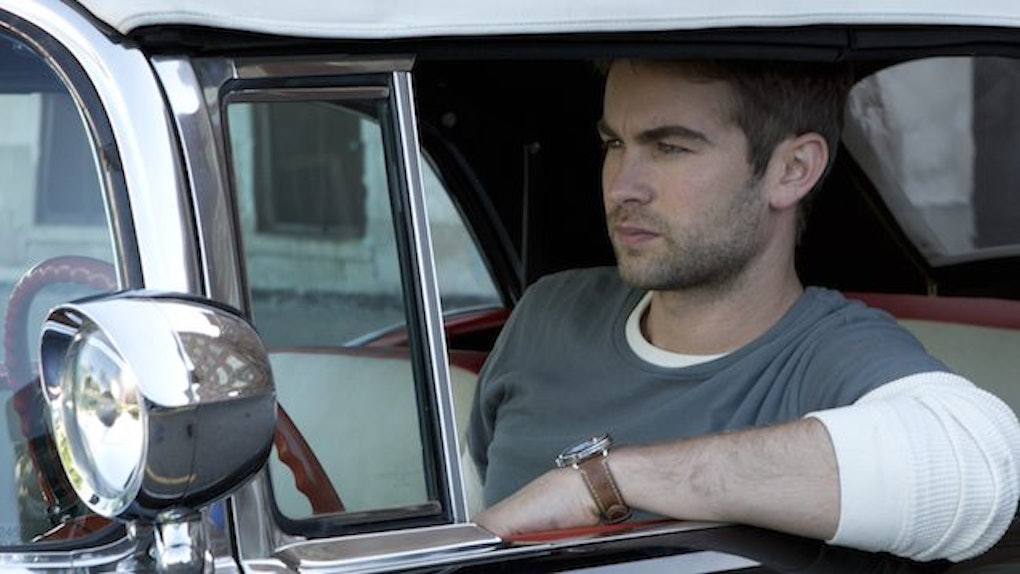 If you ever find yourself in Wayne County, Michigan, it's worth asking the locals to point you to Eloise, or rather, what remains of Eloise, the group of buildings that was once its own city and operated as an insane asylum throughout the 1900s.

Eloise began as one building in Westland, Michigan in 1832 and eventually grew to encompass 900 acres of land with 78 buildings, including a poor house, tuberculosis sanatorium, hospital and asylum. It permanently closed in 1982.

If you're interested in historic sites, outdated medicinal practices or anything having to do with the paranormal, you're bound to be intrigued.

Largely considered one of the most haunted places in the country, Eloise is the perfect setting for a horror movie -- and that's exactly what Sanford Nelson realized.

Nelson, born and raised in Michigan, was just 23 years old when he first came up with the idea for a horror film based around Eloise. He started doing some digging and immediately knew his research would translate well to the big screen.

Eloise soon became the backdrop for "Eloise," a feature film five years in the making that stars Chace Crawford ("Gossip Girl") and Eliza Dushku ("Bring It On" and "Buffy the Vampire Slayer"), which was finally released in theaters worldwide this February.

(You can also buy it on iTunes and freak yourself out from the comfort of your own home -- you're welcome.)

The movie itself is chilling -- in the way psychological thrillers should be -- but what I found even more fascinating is the deep-rooted connection to the mental hospital.

It's the kind of movie that haunts you long after you watch. The blurred lines between history, fiction and the paranormal led me down a rabbit hole of internet searches when I got home, but I digress.

What really sets this movie apart is the fact it was conceptualized and produced by Nelson, a millennial and first-time producer who had never worked on a movie set before.

Nelson went to business school at University of Colorado Boulder before transferring to, and graduating from, University of Michigan, where he studied film and communications studies.

Elite Daily got the chance to screen the movie (seriously, go see it) and sit down and talk with Nelson, now 28, about how "Eloise" came to be, what he learned from his first film and what's next for him in his career.

Elite Daily: Did you always know you wanted to be in the film industry?

Sanford Nelson: I didn't know that I always wanted to be in film, but it's always been something that really interested me. I enjoyed the classes I took about it.

Michigan, at the time I graduated, had a really burgeoning film industry here with the tax credits they were offering, and I was working at a production facility in Michigan. So that piqued my interest and allowed me to see some up-close productions being made and develop some working relationships with people in the industry.

ED: This project was five years in the making. How does it feel to have it finished and out in theaters worldwide? Are you relieved? Pumped? Ready for something new?

SN: All of the above. Definitely excited and proud of the fact that the movie will be seen by people all over the world -- that's the ultimate goal. It's a very competitive business... with a very narrow corridor to be able to get your content distributed both theatrically and On Demand, and on all the different platforms worldwide.

I'm relieved and proud that I'm finally at this point. It's been a very long process, five years, so I'm just happy that the movie is going to be seen and hopefully enjoyed by many, many people.

ED: You had this idea when you were just 23 years old, and you knew you wanted to produce it. How did you get the ball rolling?

SN: I started researching Eloise and just gathering as much information I could... I interviewed some people at Wayne County that own the property, that have always owned Eloise... My great uncle did his residency there for medical school... I interviewed a couple of his friends. I talked to some other people who had family members there. I just collected as much information as I could, started to formulate some ideas.

Then, I took what I had compiled to some contacts that I had at WME, a talent agency in Hollywood (I had a summer internship there in 2010). They connected me with a literary agency and I started reading screenplays from different writers that work in the horror/thriller genres. I read a script called "The Vatican Tapes" by Christopher Borrelli and I really liked it, and I liked Chris' style, and I had a phone call with him and we talked a little bit about what Eloise was.

I flew him out to Detroit, where we toured the remains of Eloise and had more conversations... and then we got working on the script. And it was about an eight-to-10-month process. Him working on a first draft, working on a second draft together... That was the first step.

I never worked on a movie before, let alone produced a movie, so I was kind of just figuring it out as I went. I knew those first few steps... The first step is to find a writer to create a screenplay.

ED: What was it like actually filming at the real-life Eloise location and how were you able to get access?

SN: We were there for a week. It was never a doubt in my mind that we would eventually get access to film there, you just have to deal with the red tape. As with anything in business, when there is something you want to achieve, you need to go through the rounds and do what it takes to get it done. It was important for me for authenticity and for the filmmakers involved to do some filming there whenever we could because it was still standing.

We had to deal with Wayne County in terms of scheduling... getting the rights to film at the place, to call the movie "Eloise," to refer to the insane asylum, we had to do some environmental cleanup, stuff like that, but nothing too major.

So it did take some time but eventually we got it all done. It took some patience, working through the red tape, that process and the whole process of the entire big picture of it is about being persistent. I live by this motto that persistence outweighs resistance.

ED: What would you say was the hardest part about this project?

SN: Everything about it was hard, and especially back then, I had never worked on a movie before.... As the lead producer on this, I had my hands on every single thing that came up. So, all of it was hard and all of it was something I was dealing with for the first time. I made decisions based on my gut as well as the professionals I was working with. I had to rely on those people.

And plenty of mistakes were made along the way, you just have to figure it out. What's the point of making a mistake if you don't learn from it? So you move on. Nothing is the end of the world and you just keep pushing through it... Sometimes I felt like I was just walking around with a fire extinguisher putting out metaphorical fires.

I live by this motto that persistence outweighs resistance.

ED: Would you ever want to direct?

SN: That's a hard question, I don't know if I have the patience for directing. I have a great deal of respect and admiration for directors.

ED: Speaking of directors, you got to work with Robert Legato, who worked on movies like "Titanic" and "Apollo 13." What was that like?

SN: He was an amazing guy, extremely skilled. He has an incredible eye, incredible taste -- one of the most skilled people in his field in the entire world so it was a blessing and pleasure to work with him.

Ed: What are some of your all-time favorite movies?

ED: Who in the industry do you look up to?

SN: Jerry Weintraub, for sure. He had an amazing, amazing career. I was lucky enough to meet Jerry. I sort of met him by chance and convinced him to give me his contact info. And after a year of following up and following up he eventually agreed to meet with me.

He always said, "You have to look for that story that you hear on the news or you read in the paper... that you have the vision that could be this great property for content to develop. And that's how you find original stuff."

ED: So what's next for you?

SN: I am working o a new project, film project. Action comedy. It's a much bigger project so it's going to be a long time to put it together. There are some producers who try to get as many projects going as they possibly can... but that's not how I want to approach it. I don't want to have a ton of stuff in development.

I just finished my one project, and it was my first project ever. I learned a tremendous amount and I still have so much to learn and every project is different in terms of the mechanics behind it so I'm approaching it a little differently, definitely taking it a little slower.

In the meantime, [I'm] working on other entrepreneurial pursuits. I never envisioned myself as being just a producer forever... I live in Detroit -- it's a very exciting place to be right now, and the city is totally being transformed. There's a ton of opportunity here.