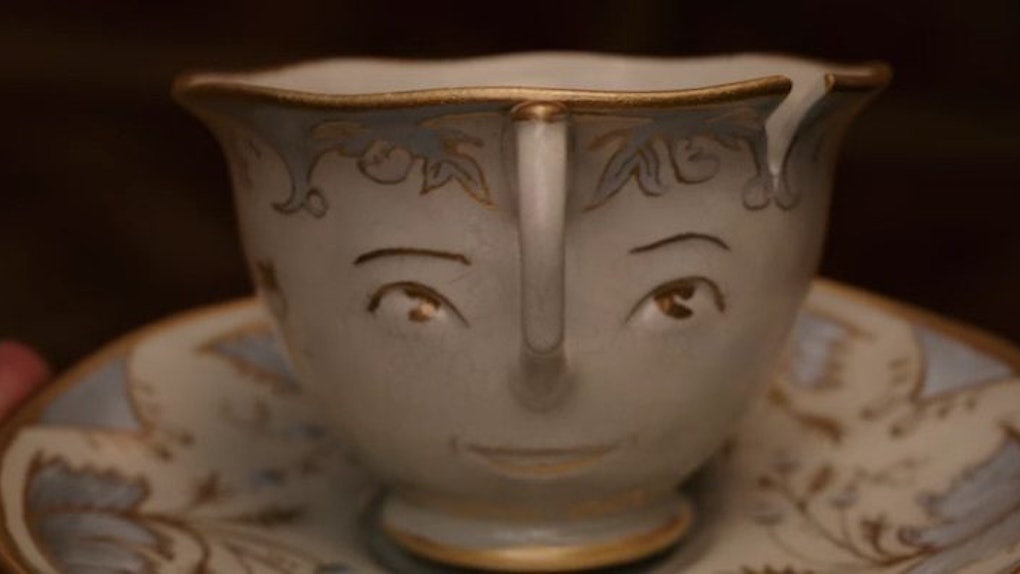 People Are Angry About Chip In 'Beauty And The Beast'

The official trailer for "Beauty And The Beast" is here and, for the most part, it looks like fans couldn't be more excited.

In the two-minute preview, we finally get to see Emma Watson in character as Belle and Dan Stevens dressed up as the Beast.

Fans are exposed to the inside of the castle, the incredible animations and the rest of the cast, including Lumière, Cogsworth, Mrs. Potts and Chip.

As nostaglic and magical as the experience is, it looks like some fans aren't happy with the movie's final cuts.

According to Twitter, a lot of people are angry because Chip's character doesn't live up to their expectations.

Some folks are upset because Chip, the lovable cracked teacup, isn't that cute in the movie. He didn't make people say "aww" out loud.

Others were genuiely creeped out by his character, I guess because he's a talking piece of dinnerware?

It's just "disappointing," OK? The directors messed up.

HE'S SUPPOSED TO LOOK LIKE THIS! YOU KNOW, WITH REAL EYEBALLS AND EYEBROWS AND A MOUTH.

He's also supposed to sound like a little child. People were thrown off by the maturity of his voice in the trailer.

Chip must have gone through puberty, I guess?! STUPID, SELFISH CUP.

If you ask me, I think people are always going to find something to complain about. When the first images from "Beauty And The Beast" were released, people were upset because The Beast "wasn't handsome enough."

LIKE, HE'S A FREAKING BEAST. HE'S NOT SUPPOSED TO BE HOT.

I hate (and love) the internet.

The live-action movie comes out March 2017, so we still have a few months to go before "Beauty And The Beast" hits theaters.

Hopefully I don't attend the same screening as a grouchypants because I plan to emotionally relive my childhood and cry the entire time.