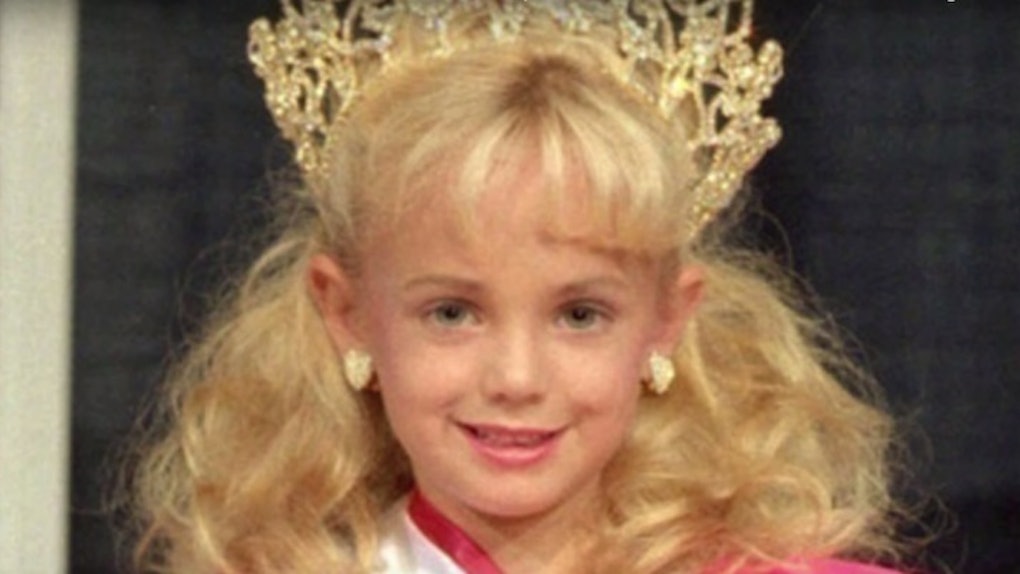 You ready to absolutely puke yourself? Watch this video of FBI investigators dissecting that famous JonBenét Ramsey ransom letter.

We are fast approaching the 20th anniversary of the death of the 6-year-old pageant contestant.

What this means is that over the next few weeks and months we will be overloaded with enough JonBenét content to rival the days and months following her mysterious death in 1996.

Remember how everyone wouldn't shut up about OJ Simpson two months ago? Imagine that exact situation but with a tiny blonde girl whose parents totally *wink wink sob* didn't do it.

There are currently two major TV events scheduled to take place, one of which just dropped a teaser trailer for their show and holy crap is it insane.

If this doesn't make you want to tune in then you're absolutely insane.

The clip is from “The Case of: JonBenét Ramsey,” an investigative research show featuring a panel of experts dissecting various aspects of the mystery surrounding her death.

A&E also aired their own JonBenét series back on September 5.

And, once again, Katy Perry has still yet to comment on either series.