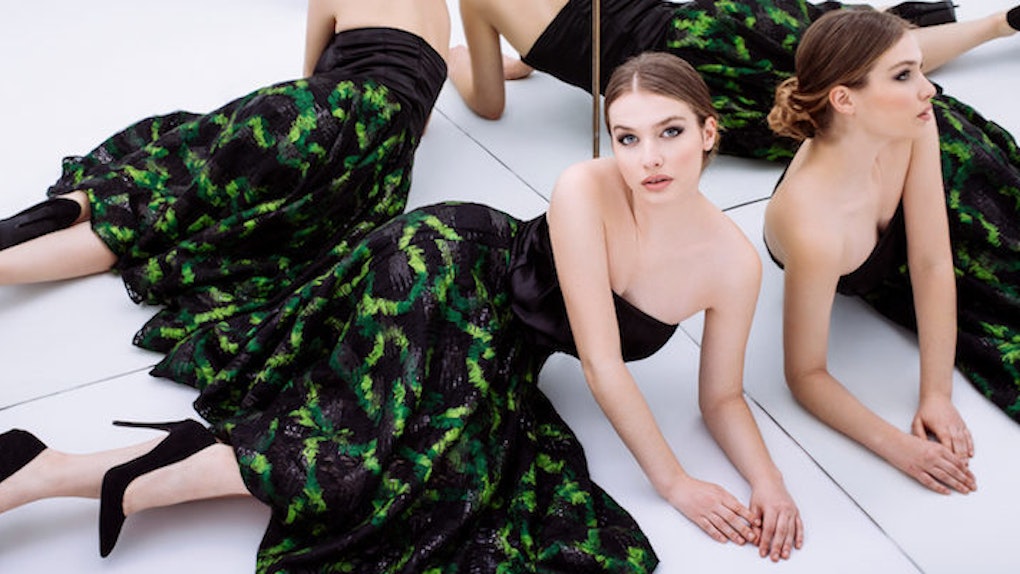 These Fashion Documentaries Show You What The Industry Is Actually Like

Movies like "The Devil Wears Prada" and "Confessions Of A Shopaholic" are some of our favorite guilty pleasures. But while they may have you recognizing the difference between Chanel and Marc Jacobs, but unfortunately, they teach you little about what actually happens behind the scenes of fashion.

Witty lines, matched with a romantic back story, do little to mask the stereotypes that are perpetuated during most films about the industry. What's left is the general public knowing relatively nothing of what happens in the glamorous (and not-so-glamorous) world of fashion.

But over the years (and especially recently), more and more fashion documentaries are shining a light on the industry we all love to wonder about. Pop the popcorn and get ready for some entertaining truth (now that's something you don't hear every day):

Released in 2009, this was an honest contrast to "The Devil Wears Prada," otherwise known as a not-so-subtle side eye at Anna Wintour and Vogue. You get a glance into the offices of the magazine and what goes into producing one of the world's biggest publications.

Centered around Wintour and her team, including Creative Director at the time Grace Coddington, the documentary focuses on the preparations for the soon-to-be largest September issue to hit the stands. You see how meticulous creating the perfect shot can be, and that the littlest change can make a world of difference. For example, they used the cameraman, Bob, for a shoot and it ended up in the magazine. I'm sure that's not what he expected when showing up to work that day.

It's also cool to see that some of these people in the business are just, you know, people. They crack jokes and drink Starbucks just like the rest of us, only while carrying thousand dollar handbags and wearing shoes of the same price. *Sigh*.

No, you didn't skip a chapter in your history book. There was no actual battle with swords and shields in the Palace of Versailles, rather one with fabric between five American and five French designers. Like "Project Runway," only with major designers and in a beautiful palace in France. You get the picture.

The French designers included Yves Saint Laurent, Pierre Cardin, Hubert de Givenchy, Emanuel Ungaro and Marc Bohan of Dior, while the American team comprised of Stephen Burrows, Anne Klein, Bill Blass, Oscar de la Renta and Halston. It was most significant because, at a time when American designers weren't seen in a favorable light or taken all that seriously, this battle proved they had talent and more importantly, a legacy.

Many know little about the event, and this documentary gives a firsthand look into what happened and how. The film also depicted the creative genius behind the famous names.

Just released this month, this documentary, yet again, lets us into Vogue's world, but this time alongside the Metropolitan Museum Of Art. It tells the story of the fashion world's “Oscar's” aka The Met Gala, held every year on the First Monday of May.

If you're ever wondering what goes into an exhibit, this is a must-see. The camera follows around the people who made last year's "China: Through The Looking Glass," one of the most successful exhibits the Met has seen, outnumbering Alexander McQueen's exhibit "Savage Beauty" done in 2011. Plus, you see the red carpet and the glamour up close, as if you were really there.

And you get to (kind of) hang with Rihanna, take a tour with Kate Hudson and goof around with the Biebs. Behind-the-scenes access of celebrities and fashion? Yes, please.

All three documentaries depict the truth of really being in the industry of fashion: What it's like to work at Vogue, to be an elite designer and the work that goes into holding a multimillion dollar gala. So, grab a Venti Starbucks and your sunnies, and channel your inner Anna. Chanel not required.