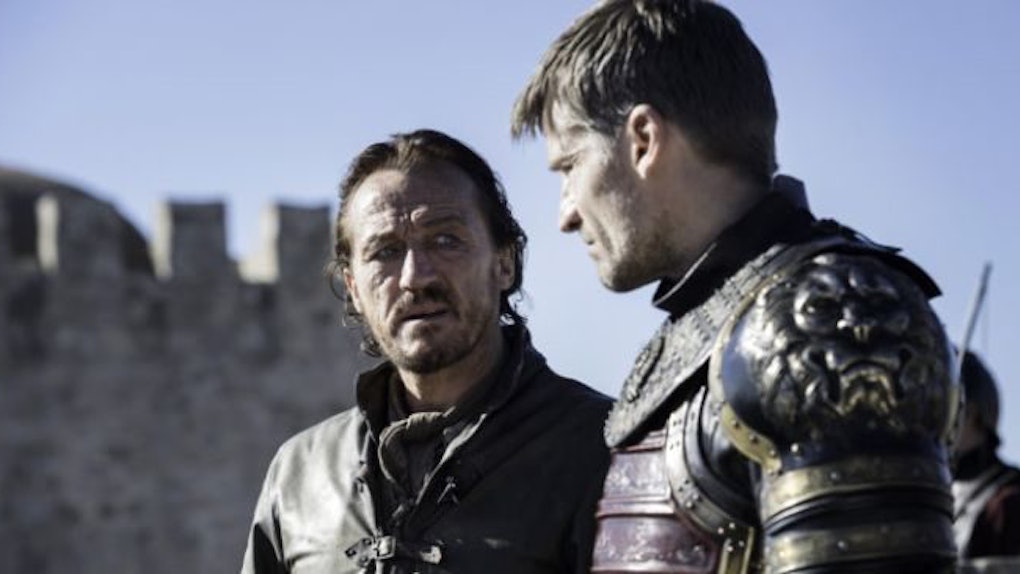 Where Is Euron Going On 'Game Of Thrones'? The Greyjoy Just Walked Out of The Dragon Pit Council

This post contains spoilers from the Game Of Thrones Season 7 finale. When we arrived at the "Dragon Pit council" in the Game of Thrones finale, we discovered there was quite a division of power that Cersei had set up. While Jon Snow/the Starks had one tent, the Lannisters the center tent, and the Targaryens their own on the far side, Cersei had insisted the fourth tent go to the Greyjoys, mostly likely to make her pet Euron look like a larger deal than he is. So, after that star treatment, where is Euron going on Game of Thrones? He walked out.

Despite all the bluster and the noise and the nonsense about being some sort of major badass, Euron turned out not to have the stomach for the real fight. When assured that the Night King and company couldn't swim, and had no boats, the man who rules the Iron Islands turned as much tail as Theon and ran.

Now, maybe this was some sort of elaborate set up by Cersei down the line. But her face certainly looked startled enough, especially when he all but quoted the great Eric Cartman and announced "Screw you guys, I'm going home." Whatever Cersei thought he might do, or had planned for him to do, it wasn't that.

On the one hand, this is great news for Team Targaryen. More than Cersei or Jaime, Euron had been the real problem for Daenerys' fight to take Westeros. Yes, Jaime fooled Tyrion once, by learning from Robb Stark.

But even so, it was Euron who decimated Dany's fleet in Casterly Rock's harbor, not the Lannister Army. And the destruction of the Dornish alliance and the kidnapping of Yara was 100% Euron.

Speaking of Yara, Euron made it quite clear she's still alive, well, and most likely being tortured on the Iron Islands before he left. Not that Dany will waste her time chasing after him, but perhaps Theon will do something. There's hope yet Yara will be back in Game of Thrones Season 8.