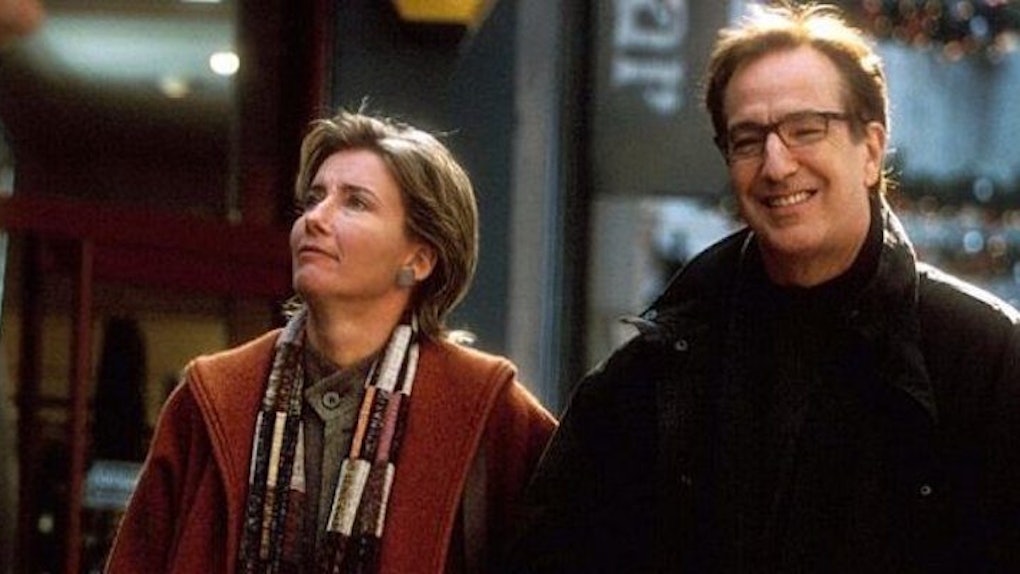 Emma Thompson's professional career with Alan Rickman spans multiple decades, from "Sense and Sensibility"(1995) and their unhappy marriage in "Love Actually" (2003) to former lovers in the BBC drama "The Song of Lunch" (2010).

They shared experiences in front of the camera, on the stage and even in the Wizarding World — Thompson played the eccentric Professor Trelawney in "Harry Potter."

There is, perhaps, no actor who knew him better, and it showed on the screen when they were together.

Following the news of his death on Thursday, Emma Thompson wrote this heartfelt message in her friend's honor:

Alan was my friend and so this is hard to write because I have just kissed him goodbye. What I remember most in this moment of painful leave-taking is his humour, intelligence, wisdom, and kindness. His capacity to fell you with a look or lift you with a word. That intransigence which made him the great artist that he was — his inedible and cynical wit, the clarity with which he saw most things, including me, and the fact that he never spared me the view. I learned a lot from him. He was the finest of actors and directors. I couldn't wait to see what he was going to do with his face next. I consider myself hugely privileged to have worked with him so many times and to have been directed by him. He was the ultimate ally. In like, art and politics. I trusted him absolutely. He was, above all things, a rare and unique human being and we shall not see his like again.

RIP, Alan. My thoughts go out to all his close friends and family hurting today.