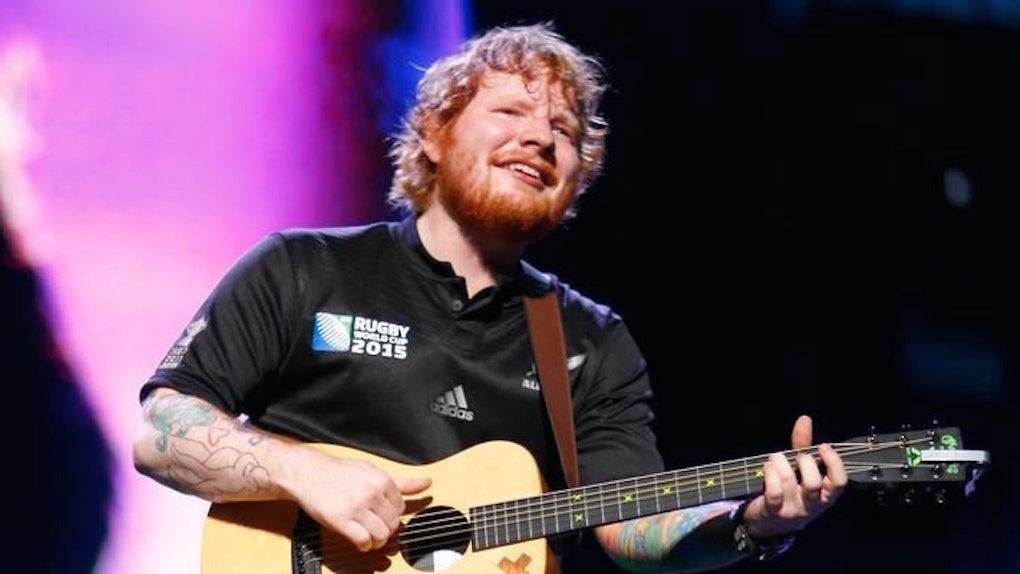 Ed Sheeran recorded an Irish cover of "Thinking Out Loud," and everyone has officially been romanced into a coma.

At this point, Sheeran could honestly sing the song in a series of toots and whistles and the universe would involuntarily get down on one knee and propose to the people next to them.

Gaelic, as it turns out, is a gorgeous ancient language, which is a major plus.

Singing it, Sheeran sounds like a warrior returning home from battle with two burlap sacks: one filled with the severed heads of his enemies and the other filled with taters for dinner.

The songwriter resurrected an all-but-dead vernacular and, most importantly, allowed Brendan to finally stick it to Connor.