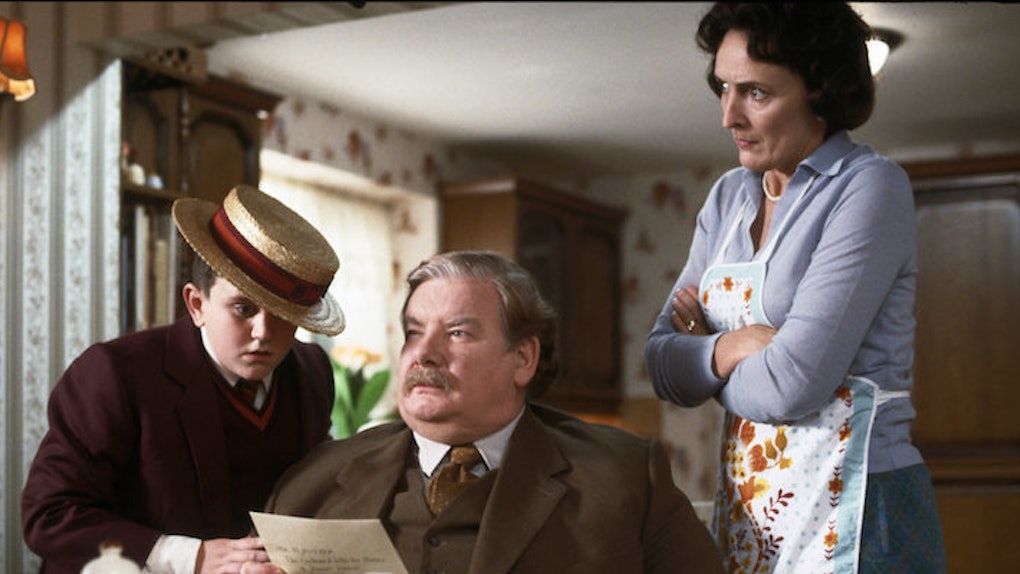 Did You Notice This Crazy Coincidence About The Dursleys In 'Harry Potter'?

Accio my DANG SH*T! Because I completely LOST IT after reading this fan theory.

If there's one thing that sets the "Harry Potter" universe apart from every other literary world out there, it's all the layers JK Rowling built. “Harry Potter and the Deathly Hallows” was released almost 10 years ago, yet it seems like every other week someone uncovers another hidden gem or connection from the series that wasn't seen before. "Harry Potter" is kind of like the “Where's Waldo?” of books, but with more owls… and death.

There is a new fan theory involving the Dursley's connection to the Deathly Hallows floating around Reddit today that may be the weirdest connection of all of all the theories.

OK, so, full disclosure, there has been some debate as to whether or not the socks Harry was given by the Dursleys count -- the above gifts were all Christmas gifts and the socks may have been a birthday present -- but DANG. WHO CARES?!?! This connection is insane, and there is clearly SOMETHING there.

The Dursleys were the literal opposite of the Deathly Hallows; the fact that they were somehow deeply connected is mind-boggling.

Could this be a real thing?

Citations: A clever Harry Potter fan has spotted a link between the Dursleys gifts and the Deathly Hallows (Radio Times)