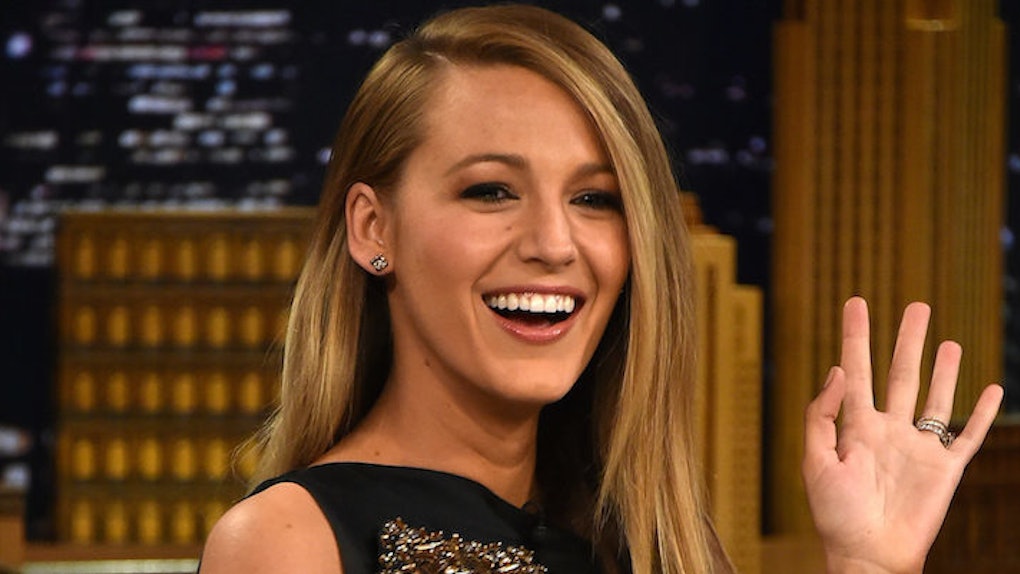 If You Want To Be Like Blake Lively, Here's The One Thing You Can't Do

Hey, drunkos! You better shape the eff up if you want to be Blake Lively!

We all want to be like Blake Lively. That's an undeniable fact. Who wouldn't want to be the LEAD in “Gossip Girl” and star in a movie as the romantic interest of Hollywood heartthrob Justin Long? NOBODY WOULDN'T!

The issue is, short of kidnapping a gypsy and making her cast a body-switching spell on you and “The Age of Adaline" star, it's impossible to become her. Just like the Highlander, there can only be one Blake Lively.

We're all just going to have to settle for being as close to her as possible.

Sadly, that involves not drinking.

During an episode of “Elettra's Goodness,” Mrs. Ryan Reynolds dished on her secret to maintaining her Blake Lively-ness.

OK, first off, MAD PROPS to Blake for cracking an egg open with one hand. That's Mario Batali-level sh*t right there.

Second, NO ALCOHOL?!?!!? No offense, that's a hard pass from me. I'd rather be forced to watch "Green Lantern" every day of my life than be sober every day.

I'll just stick to trying to be Leighton Meester.

Citations: I don't drink Blake Lively reveals that she doesnt indulge in alcohol but cooks with it as she plays domestic goddess in Vogues new cooking show (Daily Mail)