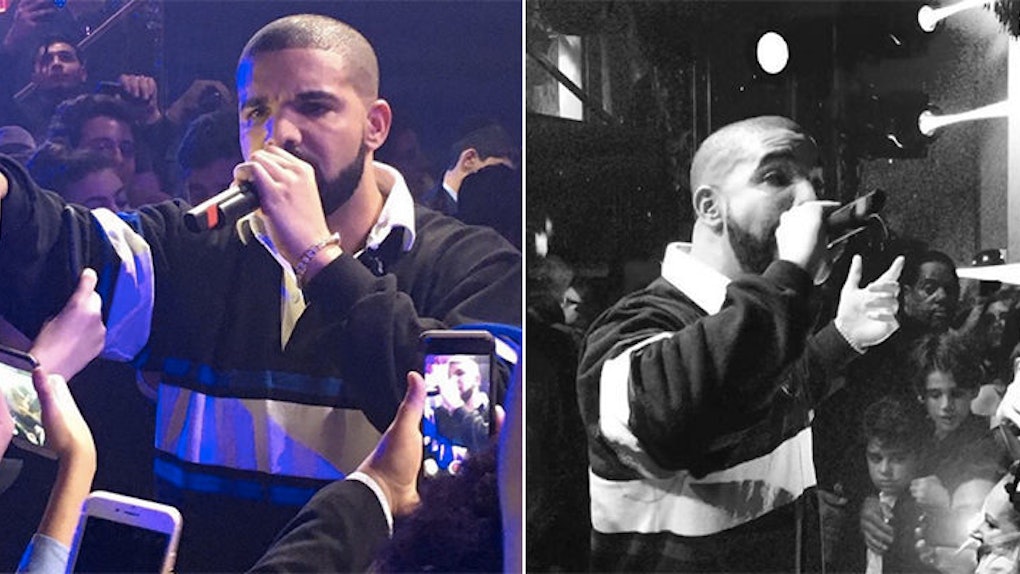 We all know money talks, and for rich parents looking to make their kids happy on their birthdays, there is absolutely no monetary limit.

So when one New York City girl celebrating her Bat Mitzvah wanted a celebrity entertainer for the big night, her parents pulled out all of the stops and hired the greatest half-Jewish rapper in the world: Drake!

The surprise performance is sure to make this 13-year-old the most popular girl at camp this summer, but how is she supposed to follow up this party when she gets to high school? I hope her parents are ready after setting the bar so high.

All in all, it actually looked like Drake had the best time out of anyone at the party.

Whether he's performing for a crowd of his peers or for a room filled with middle school kids, Drake always has a blast. But maybe that's just the face you make when you get paid tons of cash just to show up.

We all saw what it looked like when Drizzy had his Bar Mitzvah in the "HYFR" video, but who could forget this incredible GIF of him turning up at one as a child?

It's good to see people continuing to pursue their calling in life.