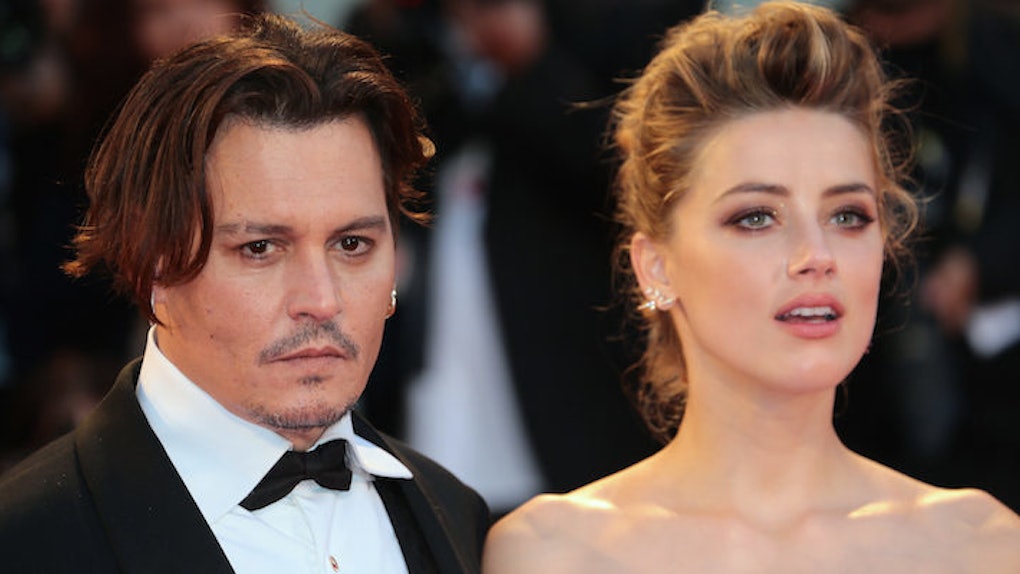 Photos allegedly documenting Johnny Depp's physical abuse of soon-to-be ex-wife Amber Heard were released in the latest issue of PEOPLE magazine, and the images are enough to silence any passive aggressive TMZ groaning.

Heard filed an official report citing the precise day she incurred the scrapes and bruises evident in the photos.

According to PEOPLE, the court filing reads,

There was one severe incident in December 2015 when I truly feared for my life.

Depp is allegedly responsible for the domestic abuse, though his representatives have not yet answered PEOPLE's request for a response to the damning photos or his wife's abuse allegations, the site reports.

The 30-year-old "The Danish Girl" actress filed for divorce from the 52-year-old "Alice Through the Looking Glass" actor on May 23. A temporary restraining order was then filed (and granted) on May 27. The couple met filming “The Rum Diary” in 2009 and married in February of 2015.

An official hearing will reportedly be held on June 17.