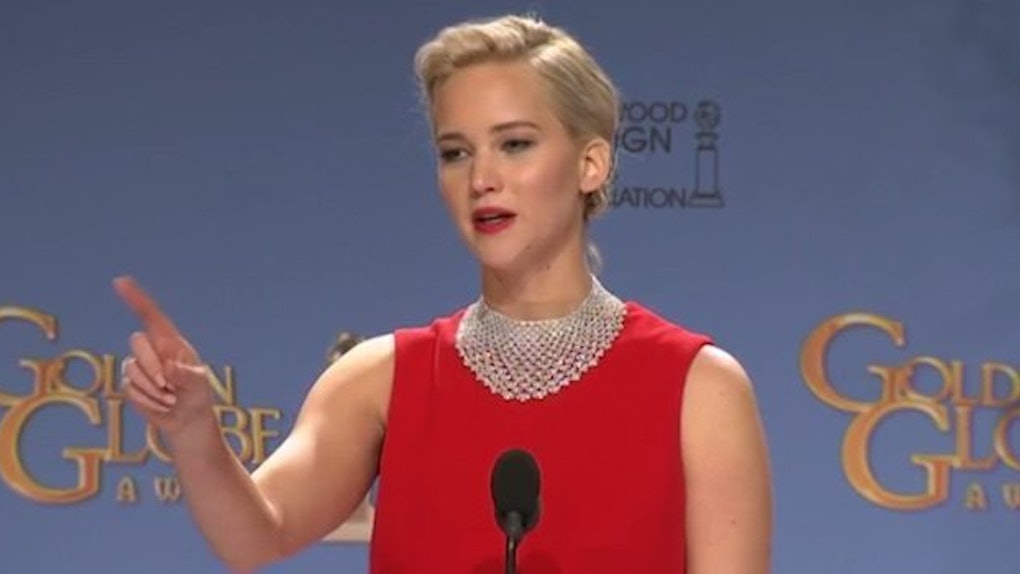 America's favorite multi-chillionaire, Jennifer Lawrence, faced an onslaught of criticism online for her apparent condemnation of a reporter at the 73rd Golden Globe Awards.

Backstage, following her win for Best Actress in a Motion Picture, Musical or Comedy for “Joy,” Jennifer chastised a reporter for being on his phone during interviews.

She told the reporter,

You can't live your whole life behind your phone, bro... You gotta live in the now.

We're at the Golden Globes... If you put your phone down, you'd know that.

Viewers took to Twitter to voice their frustrations with Jennifer, and the accusations were brutal.

Among the cries of “bitch,” “rude” and “assh*le,” rose the voice of a fellow reporter who attended the backstage press session Sunday evening.

Pacific Rim Video host Chris Trondsen claimed Jennifer's words were not meant as a vicious attack, and contrary to what fans suggested online, the reporter in question was not reading questions from his phone due to a language barrier.

Trondsen went so far as to include the full version of J Law's reply to the allegedly berated reporter, insisting she was sweet and polite in her response.

Citations: No, Jennifer Lawrence Wasn't Rude to That Reporter, Says Another Journalist Who Was There (Cosmopolitan)