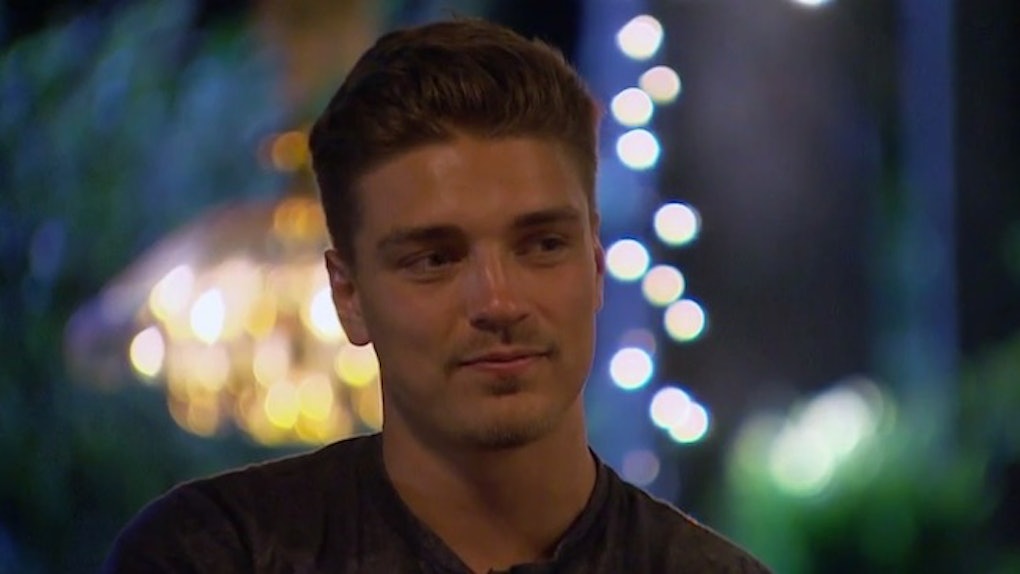 Did Dean & Danielle L. Hook Up After 'Bachelor In Paradise'? We Have Our Answer

We made it, kids. Somehow, we survived several weeks in paradise watching a bunch of very hot, ~totally~ interesting people look for authentic love while cameras captured their every single move. Sadly (or happily, depending on how you look at it), Bachelor in Paradise has come to an end, but just because the season is over doesn't mean the drama is; no sir, that is definitely not how this works. Fans are excited for Dean, Kristina, and Danielle L.'s reunion on Bachelor in Paradise and here's why: You may recall the past few weeks have been filled with their fair share of relationship turmoil (*cough* Derek saying "f*ck you" to Taylor), friendship drama (*cough* Kristina and Raven having a blowout argument), and typical mean girl mayhem (*cough* Scallop Fingers). While all of that has made for great TV (except Scallop Fingers, that was just annoying and rude), perhaps no narrative has been as captivating this season as the love triangle between Dean, Kristina, and Danielle L.

If you've been paying attention to Bachelor in Paradise since the first episode of Season 4, then you'll remember Dean and Kristina were initially the crowd-favorite couple. From the beginning, it seemed like they were paradise's only sure thing. That all changed pretty quickly, though, when Danielle L. showed up during the show's second week with a date card and threw a wrench into Paradise's most perfect couple. (Somewhere Taylor and Derek are evil laughing together.)

For those of you who are just joining us (it's too late for us, but save yourselves), Danielle used her date card to snatch f*ckboy Dean up for a romantic night of ATVing, drinking, and smooching, effectively driving the first of many nails into the coffin of Krisdeana.

As the "relationship" between D-Lo and Deanyboy became stronger with each episode (eventually leading them to make out RIGHT IN FRONT OF MY SALAD KRISTINA), it became clear that Dean and the gorgeous Russian bachelorette were not in it to win it. During the final weeks of the show, Dean sat down with Kristina and told her he wanted to pursue things with D-Lo, which prompted Kristina to make a high-key dramatic exit from the show during the rose ceremony.

PLOT TWIST, THOUGH... when it came time for Dean and D-Lo to make the decision to either end things or leave paradise together as a couple, dirtbag Dean changed his mind again and told D-Lo he had feelings for Kristina, effectively ending things with Danielle and leaving her heartbroken. While that storyline has certainly kept us entertained for weeks (I mean what could be more entertaining than watching your dislike for Dean grow with each passing minute?), it doesn't hold a candle to the Dean, Kristina, Danielle L. reunion during the final episode of Bachelor in Paradise.

Kristina, Danielle, and Dean all talked about their little love triangle during the finale, and Dean finally took responsibility for all the drama his dishonesty caused between the girls. While talking with Chris Harrison in the hot seat, Dean said his emotions for Kristina are still there, to which Kristina responded,

I hope that whoever is next in your relationship that you will never treat them like that ... I was really willing to work on it because I believed in us, but I will alway share that love for you because it was intense, but it was real and I haven't experienced that before... I will always have a special place in my heart for you, Dean.

Then D-Lo called him out and revealed that they had a relationship after Paradise (I know... make up your mind, Dean...), and then Kristina revealed they tried talking again, too, before calling Dean out for "flip-flopping" them again.

Ultimately, it seems like both girls are done with Dean for good. The f*ckboy apologized to both D-Lo and Kristina, and Chris Harrison said it was "the most uncomfortable hot seat [he's] ever seen" — which is a lot coming from Chris.