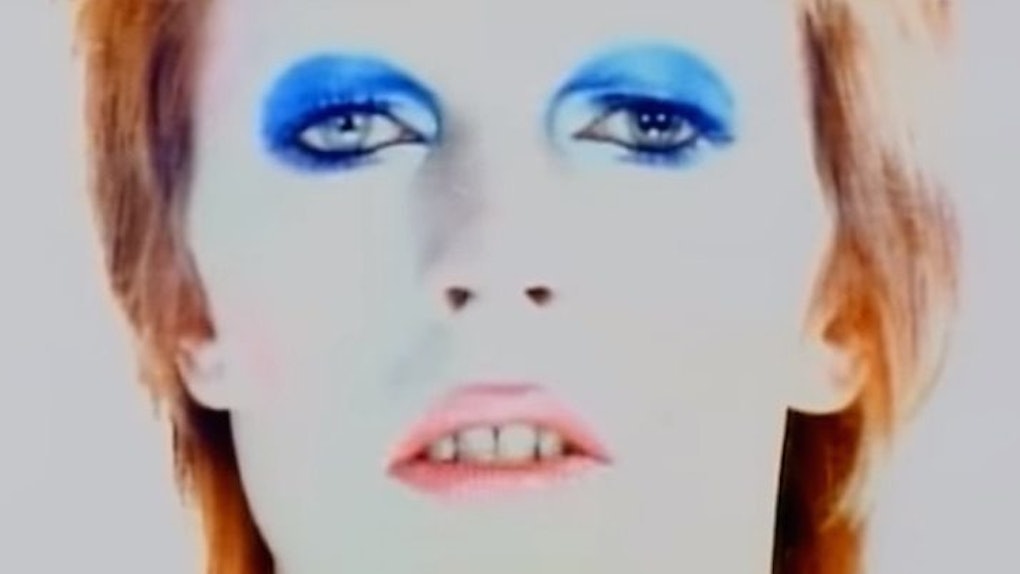 As you scroll through your news feed today and take in photo after photo of beloved rock icon David Bowie, who passed away on Sunday, you may notice something unusual about his appearance: His eyes seem to be two different colors.

This isn't quite true. His eyes were both blue, but his left pupil was actually permanently dilated due to a condition called anisocoria, which made that eye appear darker and more intense than his right.

How did it get that way? Well, according to Daily Mail, it all started with a girl.

When Bowie was 15, he and his pal George Underwood reportedly liked the same girl. As teenage boys tend to do, they let out their frustration in the only way they knew how -- fighting.

In the scuffle, Bowie apparently took a sucker punch to the face. The force of the impact paralyzed the muscles in the musician's left eye, causing the pupil to remain permanently dilated, or open. As a result, his left eye appeared darker than the right, which reacted to light normally.

Fortunately, Bowie and Underwood's friendship didn't suffer too much. In fact, at some point, the musician apparently thanked his friend for the punch, saying his eye condition gave him a “kind of mystique.”

Indeed, what some may have considered an imperfection became a trademark of Bowie's eccentric, iconic look.

May he never be forgotten.