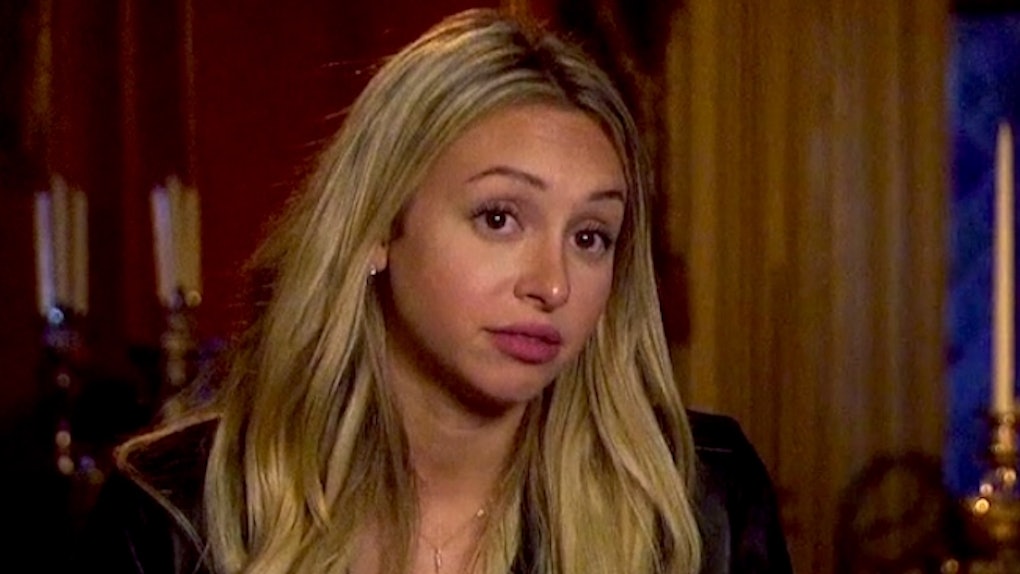 Last week, DeMario Jackson got his in-studio interview with Harrison, where ABC continued to beat this story into the ground. DeMario walked through his time with Corinne leading up to the production shut down, explained how shocked and confused he was, and expressed his pain enduring the online rumors and harassment.

Corinne's version of the events was more of the same. Corinne says it was hard to see the way the media portrayed her after the incident. She admitted that she drank a lot on day one, and she was also taking a medication that wasn't supposed to be mixed with alcohol. Corinne says she was blacked out and doesn't remember much, but she has no hard feelings for DeMario. "I never pointed fingers at DeMario," she said. "I never said a bad word about DeMario ... It's just so heart-sinking to go through that."

Twitter couldn't help but weigh in on the situation.

Back in June, filming was briefly suspended on Bachelor in Paradise due to an allegation of sexual misconduct between DeMario and Corinne. Rumors circulated that DeMario had allegedly taken advantage of Corinne when she was unable to consent. Warner Bros. conducted an internal investigation of the incident, and released the following statement on June 20:

Having concluded that no misconduct had transpired, the show resumed filming. However, Corinne's legal team had previously released a statement stating that Corinne was a “victim.” She said,

I am a victim and have spent the last week trying to make sense of what happened on June 4. Although I have little memory of that night, something bad obviously took place, which I understand is why production on the show has now been suspended and a producer on the show has filed a complaint against the production. As a woman, this is my worst nightmare and it has now become my reality.

DeMario, on the other hand, has maintained that his character has been “assassinated” by these allegations. He said in his own statement,

So... can we be done with all this Corinne and DeMario stuff now, ABC? Pretty please?