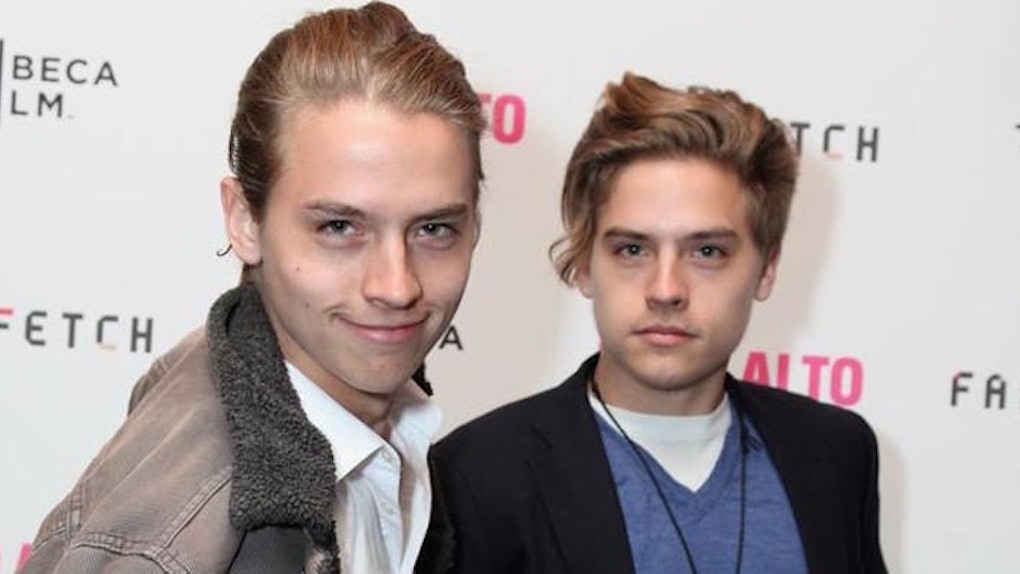 You know when a child actor you watched as a kid grows up and you feel slightly depressed and really, really old?

This is not one of those times.

Cole Sprouse, who starred in “The Suite Life Of Zack And Cody” along with his twin brother, Dylan, is all grown up — and boy, does he look good.

The former child star (and NYU grad) recently landed a role in "Riverdale," an updated (and, from what we hear, slightly edgy) adaptation of the beloved “Archie” comic book series.

Set to air on CW, Sprouse plays Jughead Jones, an intelligent, brooding heartthrob -- a total departure from virtually everything he's done before.

In preparation for the role — his first since leaving “The Suite Life On Deck” in 2011 — Sprouse dyed his naturally light-blonde hair a deep, rich brown, and suffice it to say, it really suits him well.

Before, he simply looked like a grown-up version of Zack (or was it Cody?), but now, the 23-year-old actually looks like a man.

See his new 'do below.