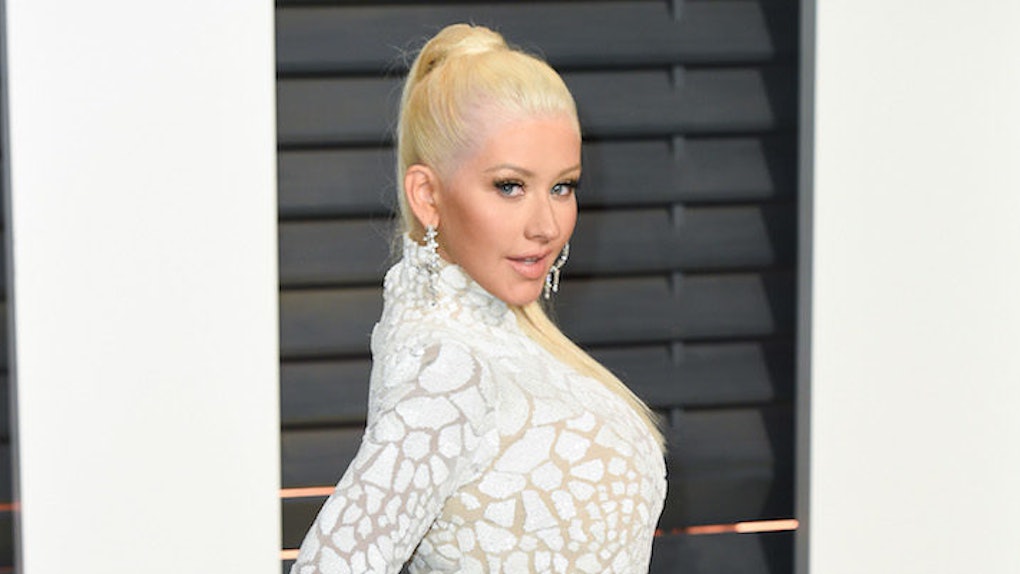 Christina Aguilera's tribute to the 49 victims of the Orlando shooting is perfect.

The 35-year-old former “The Voice” coach released her latest song “Change” to her website on Thursday as a musical tribute to the lives lost during Sunday's mass shooting.

On top of that, Aguilera pledged to donate all iTunes download proceeds between now and September 14 to the National Compassion Fund, an organization helping the families of those who passed away during Sunday's events at Pulse.

With the upload, Christina posted a heartfelt message to her fans on her website, saying,

The horrific tragedy that occurred in Orlando continues to weigh heavily on my mind. I am sending so much love and so many prayers to the victims and their families. Like so many, I want to help be part of the change this world needs to make it a beautiful inclusive place where humanity can love each other freely and passionately. We live in a time of diversity, in a time of endless possibilities, in a time where expression of oneself is something to be celebrated. And I am left wondering how people filled with so much love could be taken by so much hate. Though there is such heavy sadness I believe that there is much more love in the world than we know. We need to learn to love again, we need to learn that one person does make a difference; we need to keep love in our hearts. As Nelson Mandela once said, “No one is born hating another person because of the color of his skin, or his background, or his religion. People must learn to hate, and if they can learn to hate, they can be taught to love, for love comes more naturally to the human heart than its opposite.” We all have the choice to spread love, encourage individuality and make a difference to others – we are all in this together, as one, united in love. Sending all my love, thoughts and prayers, xo Xtina

Along with the message, the longtime LGBT advocate posted about the video's release to her Twitter.

Before Sunday's shooting, Christina had expressed her sympathies after former "The Voice" contestant Christina Grimmie was killed during a different shooting in Orlando over the weekend.

Those looking to do more for the victims are being instructed by Aguilera to send donations to a GoFundMe campaign set up to help those affected by the massacre.