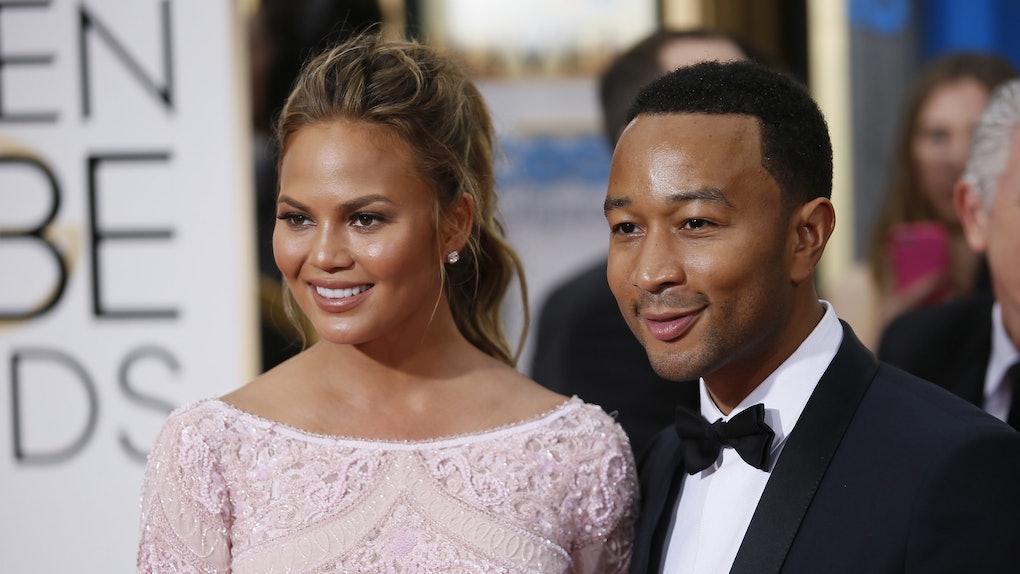 Chrissy Teigen and John Legend did Electric Daisy VERY differently than everyone else.

When you're a celebrity you don't just go to a music festival, you EXPERIENCE it. You do all of those rich backstage things us normal people only hear about or briefly read about on the festival website.

Yeah, some festivals do things like offer unlimited meal vouchers and camel rides with super deluxe passes, but nobody ACTUALLY experiences those things unless he or she is some sort of notable person.

You think Jay Z and Beyoncé are going to go to a festival and slum it in the mosh pit with us plebes, covered in backpack sweat and mud? NO! They're watching the festival from some secret skybox with Mark Cuban and the Olsen twins.

Case in point, EDC was this weekend in Vegas, and if you think for a dang second John Legend and Chrissy Teigen attended like some regular schmos, you're INSANE.

That is, unless you consider doing EDC in a helicopter normal behavior.

*Nothing like us. They're better in literally every single way, and it's infuriating.