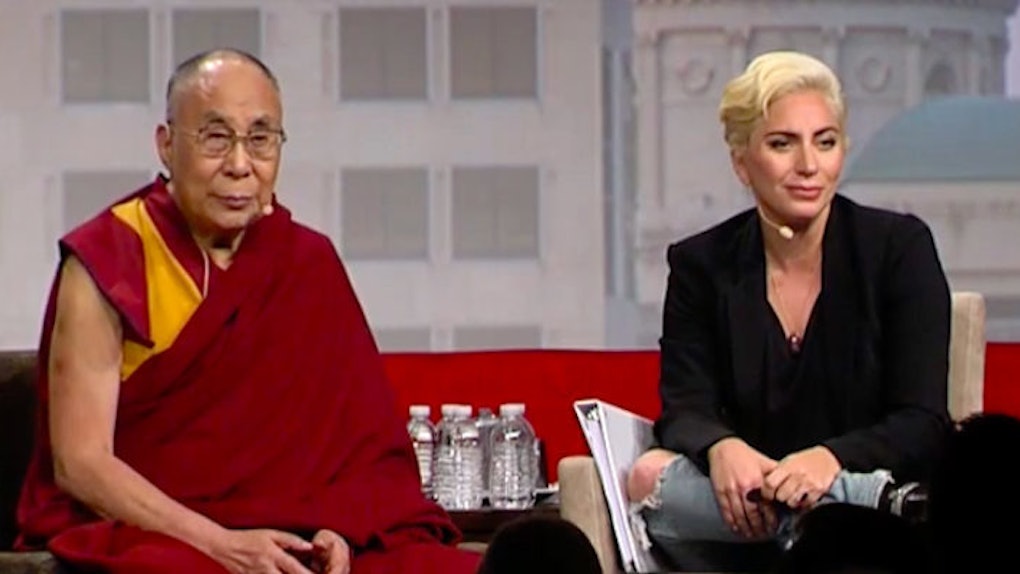 It looks like Lady Gaga is in hot water after meeting with the Dalai Lama on Sunday at the US Conference of Mayors in Indianapolis. According to Entertainment News, Lady Gaga met the the exiled spiritual leader of Tibet to discuss, among other things, the importance of compassion, kindness and yoga.

The 30-year-old pop star also posted a photo to Instagram of her and the Dalai Lama lounging backstage.

Despite the celebratory nature of the event, China was not pleased. According to Reuters, Chinese Foreign Ministry spokesman Hong Lei referenced their meeting in a briefing, saying,

There is a broad consensus internationally about what kind of person the Dalai Lama is and what he does internationally... After the relevant incident happened, if you look at comments on the Chinese Internet, their anger has welled up.

According to The Guardian, the Chinese Communist party's propaganda department has since banned Lady Gaga from all of mainland China.

Their discussion was live-streamed on YouTube, so you can celebrate your freedom by watching the video above. And because it's your right to choose when to start and stop YouTube videos, feel free to skip ahead to the 01:05:15 mark for the Lady Gaga part.