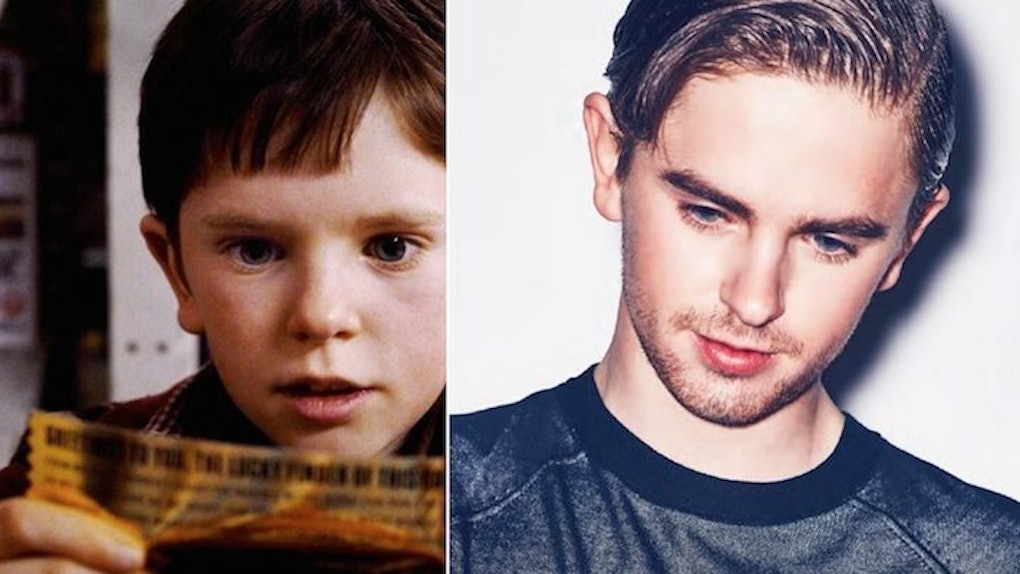 The folks over at Attitude have done it again.

Earlier this year, the gay lifestyle magazine became something of a legend after its steamy photo shoot with “Harry Potter” actor Matthew Lewis went viral.

Lewis, who played the painfully awkward Neville Longbottom in the films, quickly became the hottie du jour thanks to the Attitude feature — in fact, he's still capitalizing on the success of the spread.

But Lewis may soon have to surrender his crown to Freddie Highmore, the magazine's recent cover star.

Highmore, who stars in the magazine's summer issue, and Lewis share a similar story.

Now a full-fledged hunk, he, too, was once a painfully awkward child star.

You may know him as Charlie in “Charlie and the Chocolate Factory,” but he also played Peter in “Finding Neverland.”

As you can see, the past few years treated him really well.

Bonus: He's a Brit (think of the accent, ladies!).

Highmore serves as further proof that sometimes, the weirdest looking kids grow up to be the hottest adults.

Citations: The actor who played Charlie Bucket has got pretty hot since visiting the Chocolate Factory (Metro)