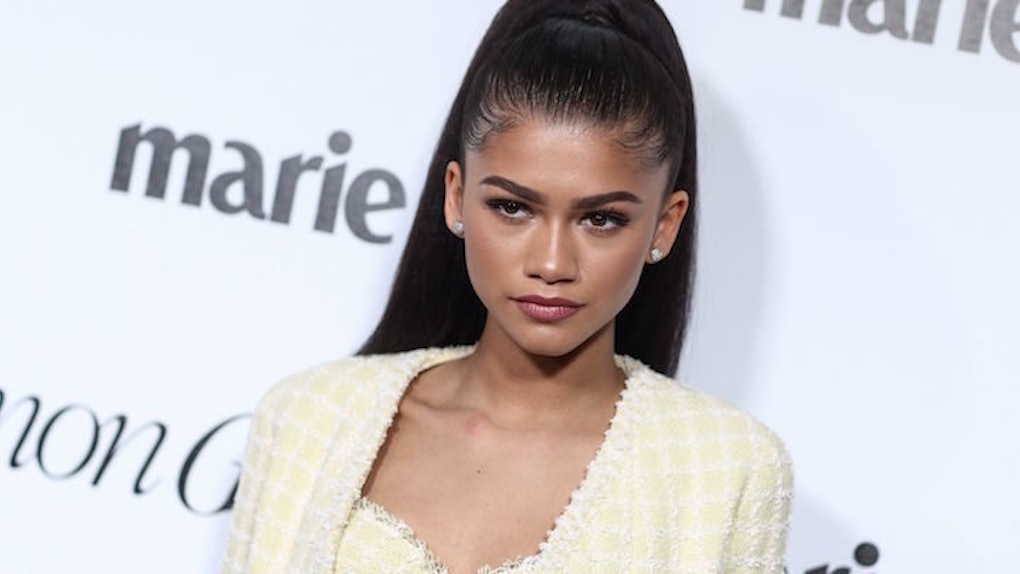 Zendaya Opens Up About When She Was Racially Profiled

The last time we heard from Zendaya, she was recounting her unfortunate experience at a supermarket after she said she was racially profiled by a store clerk while shopping.

The 20-year-old singer and actress had been shopping for gift cards at Vons when she said her card fell out of her wallet and onto the scanner.

After that, the store clerk had apparently dismissed Zendaya and her purchase after servicing the next customer in line.

Now, I am trying to buy a lot of gift cards. There are some certain limits and some things, which is understandable… so I'll take the less amount, whatever. But the lady that was helping us… I don't think she was a huge fan of our skin tone.

The actress also said that the store clerk physically threw her wallet out of the way before proceeding to help the next guest in line. I'd be pretty outraged, too. She added,

I can't make this up! This is what we deal with! She literally [threw my wallet] and she was like, 'You can't afford this'… It was $400! Long story short, there is so much progress to be done in our world.

Following the tasteless incident, the 20-year-old star, who has a white mother and a black father, is now opening up about being racially profiled at Vons in a new interview with US Weekly.

I feel like you're supposed to speak up on issues that you think are important. Honestly, that's what social media is for, you know, to share stories and have conversations and open dialogue about it.

As a result of speaking out against her unfair treatment while shopping, Zendaya has received a ton of hate and backlash from trolls but she remains optimistic and open-minded. She added,

Well, that's gonna happen regardless. In many ways, if you don't have haters, you're not doing your job. You gotta have people to hate on you. That's the best part!

So, there you have it. Now we know why Zendaya used her platform to raise awareness about the unfair treatment over race that so many people are exposed to every day.

This isn't the first time she was a victim of racism.

Last year, Zendaya's hair was made fun of after she wore dreads and walked the red carpet at the Oscars. E! host Giuliana Rancic said that her hairstyle looked like she smelled of "patchouli oil [or] maybe weed."

Let's hope more people can be inspired by Zendaya to share their stories and shine a bright light over injustice.

Oh, and by the way -- she wound up getting her gift cards, in case you were wondering...

Yo shout out the manager for coming and helping. I got my gift cards!

Citations: Zendaya on Supermarket Controversy: You Have to Stand Up for What's Important (US Magazine)