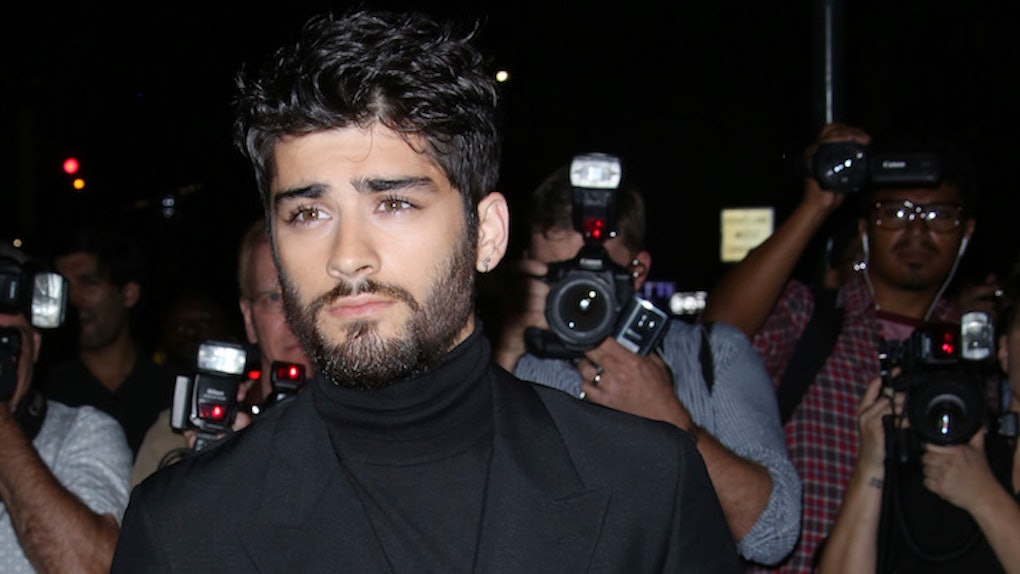 Zayn Malik, I have some bad news for you: You are a celebrity.

Just check the topic page I tagged this article under. It says "Celebrity." That's why I'm writing about you. Because you are one. You're a celebrity.

And yet, in a recent interview with Highsnobiety, a lifestyle website, Zayn said he avoids using the C-word.

(Huh? What? Oh, no, not that C-word. I'm sure Zayn doesn't use that C-word either, though, if Gigi Hadid has anything to say about it.)

I hate the word celebrity. I think it's a dangerous road to go down, thinking of yourself as a celebrity, because then you somehow automatically think that label makes you superior to other people. Some people just want to hang around you because they know your name, so they think that means they know you, and I can see through that bullshit a mile off.

Zayn, I hate to break it to you, but denying this "celebrity" title isn't going to make people any less fake.

And while it's great you're staying grounded in your fame and all, I would argue you are superior to other people.

I mean, Zayn Malik is 23 and he's already been in an internationally popular boyband, broken up with said boyband, launched a solo career and dated a model.

I don't know about you, but that life is far superior to mine.

Plus, he's superhumanly beautiful. Look at that chiseled jawline.

(Also, Zayn, if you really do want people to stop calling you a celebrity, maybe stop doing so many profiles for so many different publications? Just a tip.)

Zayn also touched on the oppressive atmosphere of One Direction as one of the reasons he felt he had to leave.

We were literally meant to ask permission before we changed our hair or like, grew a beard. It was ridiculous.