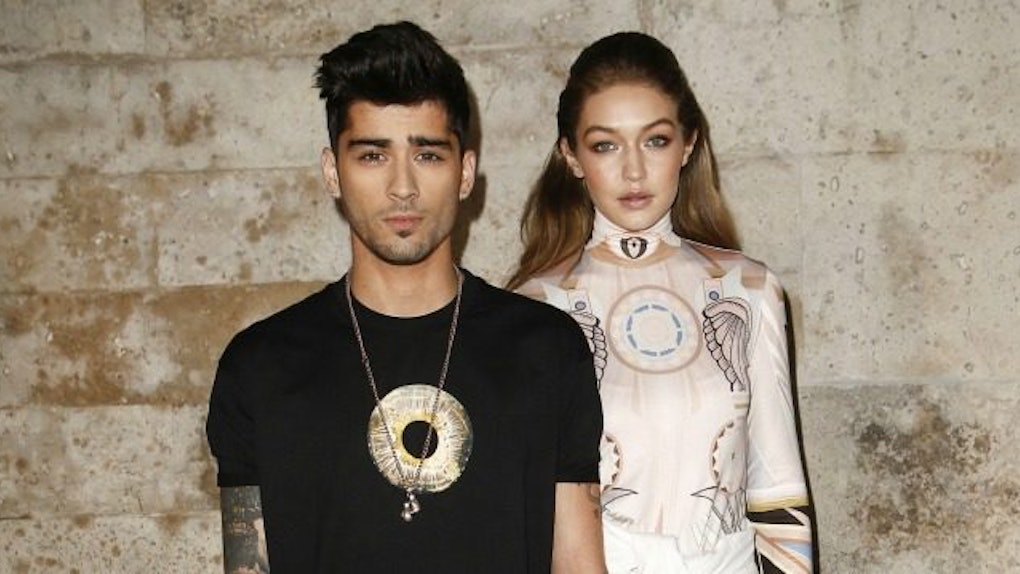 Model Gigi Hadid has never shied away from the bright lights and the headlines, but I'm pretty sure she'd give anything to get away from the attention she's currently receiving.

Hadid is in hot water with fans after she was accused of making fun of people of Asian descent via Instagram.

Once the video of Gigi Hadid surfaced on social media, it didn't take long for people on Twitter to blast the 21-year-old and label her a "racist."

Hadid's boyfriend, singer Zayn Malik, recently took to Twitter to shut down the notion his girlfriend is a "racist" who made fun of Asians.

Twitter user @KristopherRod got at Zayn Malik and asked how the 24-year-old felt about Gigi "making fun of Asian people."

The singer, whose dad hails from Pakistan, immediately squashed the idea Gigi Hadid is against Asians.

trust me.. she likes asians ;)

In response to Malik's message, @KristopherRod tweeted back,

dude, I love you, so much, but come on. I know you're smarter than that.

Naturally, it didn't take long for others on Twitter to chime in and voice their opinions.

Another Twitter user really went after Zayn Malik and told the the 24-year-old to "educate" himself.

You seriously need to educate yourself for the sake of your career and your social standing. You can't get away with this shit. I'm telling you this for your own sake bc it's 2017 and a time of peril for a lot of people and you can't afford to be ignorant... If you wanna be another celebrity that burns out bc they're so ignorant go ahead but you'd waste everything you worked for.

There's been no shortage of hot takes on the Gigi Hadid racism debacle, and I'm not sure Zayn Malik's Twitter defense didn't make it worse.