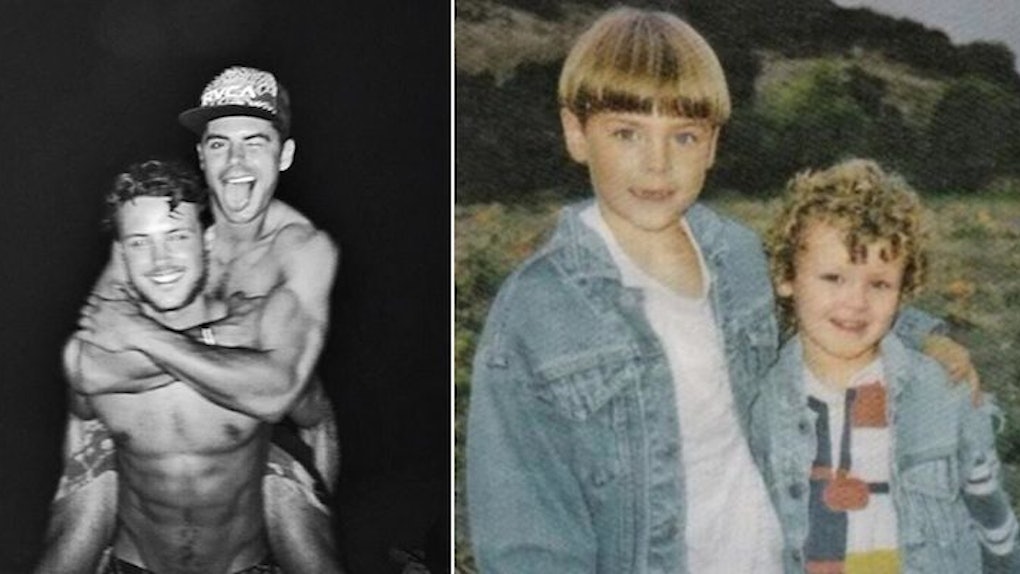 Holy Sh*t! Zac Efron's Younger Brother Might Be Hotter Than He Is (Photos)

Sure, any of Zac's photos naturally receive at least a few hundred thousand likes, but this photo was special.

It features a shirtless Zac (drool), and his shirtless younger brother, Dylan, also made an appearance.

The photo was simply tagged “#brothers,” but as Cosmopolitan points out, there are several other hashtags that would be far more fitting for a photo of this caliber.

Sadly, it did not say any of those things.

But it's still a wonderful, delightful, drool-worthy picture, so without further ado, I present to you: The Hottest Brothers Who Have Ever Lived (plus a few bonus pictures of Dylan alone, for good measure).

Here's Dylan with some family...

Graduating (from college, I hope)...

...and just being his hot self.

Here he is... somewhere.

And here he is back in the day.

Where do we get one?