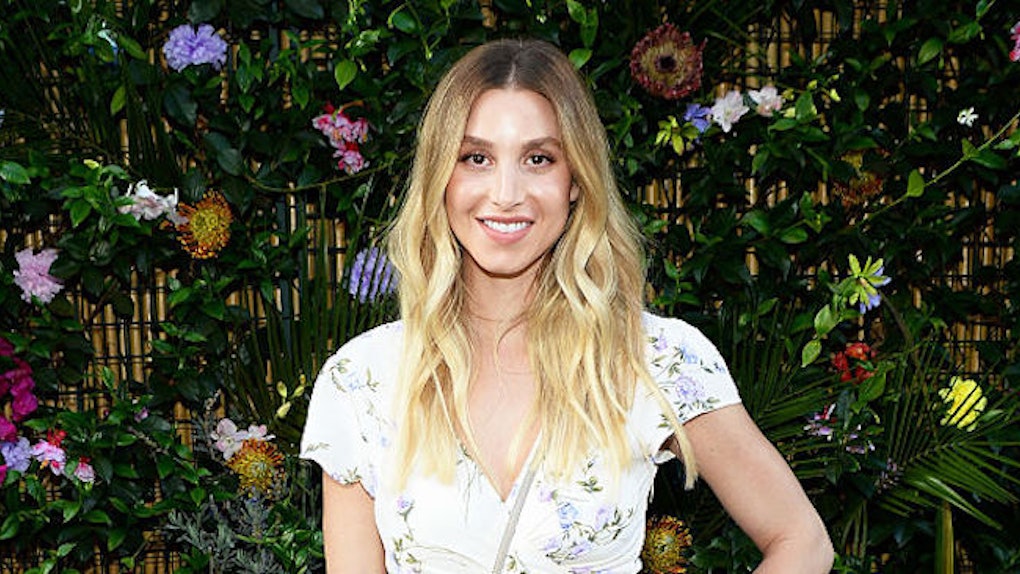 If there's one thing I've learned from Kim Kardashian, it's that just because you're a celebrity doesn't mean you are guaranteed an awesome, glowing pregnancy.

The Hills star Whitney Port knows what I'm... er, Kim... is talking about.

She has been feeling some serious growing pains with her growing baby bump, and admitted on the podcast LadyGang that she is "so ready for this pregnancy to be over."

In fact, she even started a video series titled, I Love My Baby, But I Hate My Pregnancy.

One might assume her uncomfortableness comes from the usual trials and tribulations of carrying another human being inside your own torso, but there is something else bugging Whitney. She told the podcast that having sex while pregnant is just flat-out not her thing.

She said, "It is so not for me! It's not. I feel so uncomfortable with my body that I can't get into the mood. Like, I can't feel sexy."

While she admitted that she and her husband, Tim Rosenman, do "other things," her growing belly takes actual sex out of the equation. Apparently, Tim feels the same.

She told the podcast,

I think if I was one of those pregnant women that loved it and was confident, then he'd be into it. I think I've turned him off of it because I'm like, 'Don't look!' I'll even not say anything and he'll see me getting undressed and be like, 'I'm not looking, I'm not looking!'

I don't want to overstep or anything, but Whitney, girl, you're gorgeous. If I look half as good on my best non-pregnant nights as you do on your worst pregnant days, I'd be blessed.

One area Whitney does feel comfortable enough to joke about is how she will explain sex to her future baby. When she announced her pregnancy on her website, she wrote,

When two people love each other so much and the love becomes too great to fit inside both people, it spills over into a THIRD person. This is how I am going to explain where babies come from to the little baby that is now growing inside my belly because Timmy and I are PREGNANT!

Sounds about right to me.

Here's to a happy, healthy delivery and lots and lots of celebration sex!