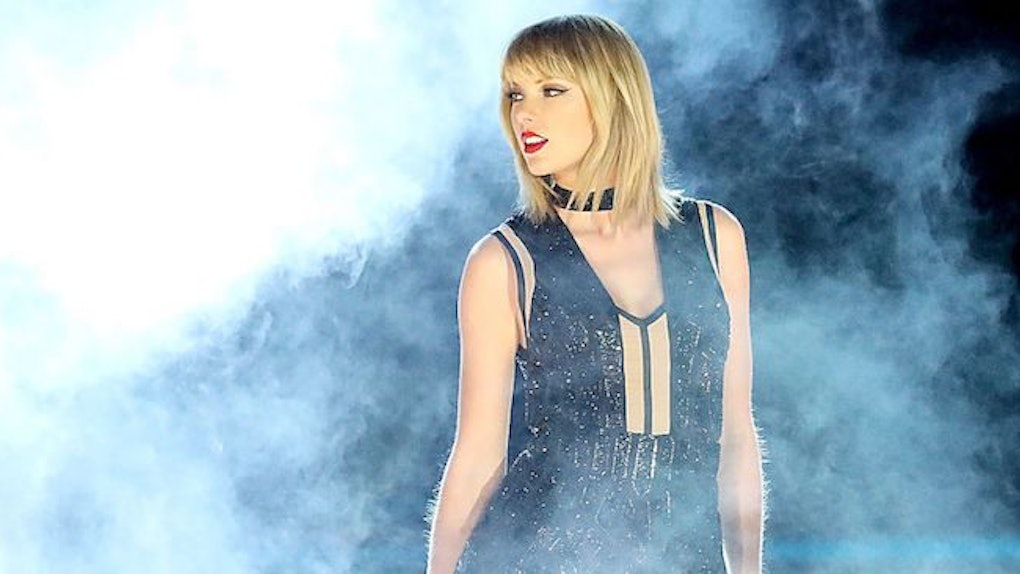 Tweets About Taylor Swift's "Look What You Made Me Do" Video

In typical Taylor Swift fashion, the 27-year-old pop star caused quite the stir with the release of her new song, "Look What You Made Me Do." Social media imploded, rumors swirled, and Tay Tay claimed to have risen from the dead. This is the star's first song in three years, so obviously time stopped when the single hit... and when the video premiered at the VMAs. Tweets about Taylor Swift's "Look What You Made Me Do" video naturally took over during the awards show.

The creepy, zombie-like Swift made quite a splash. If you were expecting the "old" Taylor, don't get your hopes up — "she's dead," as the new lyrics reveal. The TS6 debut single is feisty, a bit angry, and a touch rock n' roll. Whoever she's referring to — Kim, Kanye, Katy, Calvin — she is definitely not a fan of his or her "perfect crime." The F-U anthem sounds familiar, as Taylor paints herself a victim who is rising to the top once again. The video even included a variety of Swifts standing in line, all making fun of one another — 2009 VMAs Swift, country breakout star Swift, and so on.

While some are huge fans of the tune, others appear to be over the drama, though no one's exactly sure which drama the singer is referring to. In the days leading up to her song release, Taylor deleted her social media posts and shared a photo of what appeared to be a snake. Is this a clap back after the Kimye fiasco? Is this referencing the never-ending feud with Katy Perry — a response to "Swish Swish"? "Old Taylor" might need to make a brief appearance to clear a few things up for listeners.

Here are some of the reactions to the song.

Some couldn't get over it.

Others thought it was... interesting.

Love it or hate it, Swift's latest certainly got people's attention.