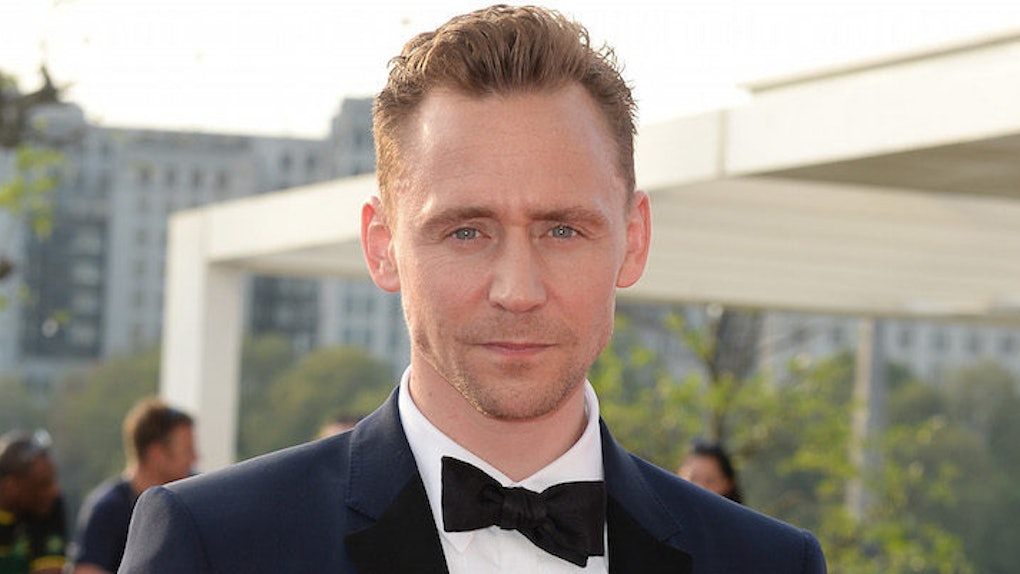 RIP, Hiddleswift. That was fun-ish while it lasted.

You will never watch someone flounder as much as Tom Hiddleston flounders when asked about what he's learned during his summer with Taylor Swift. It's kind of terrifying.

He looks like JonBenét Ramsey's parents whenever they are asked what happened to their daughter.

Keep in mind, this is a guy who's involved in a high-profile relationship that most people have called major BS on. There is NO WAY they're going out. I know it, you know it, every unpaid photo intern with half a degree from CalArts knows it.

Most of all, he knows it. And the weight of their faux-lationship is clearly finally taking a toll on him.

Skip to 19:20 of the video at the top to watch someone fold like a cheap suit.

Just to recap, this is his answer when asked a simple question about what it's like to be a public figure nowadays and what he's learned from his summer in the spotlight:

Wow, ummmmm... well…. you know it's interesting…. ummmm... We all live in a world where… ummmm well… every phone has a camera… and ummmm… nothing new really about the spotlight on me… ummm… uhhhh. What have I learned about it?Ummmmm…. I've learned… to... I don't quite know, maybe it's too soon to tell… ummmm… ummmm… Let me give you a proper response… ummm...

I've learned that there are many sides to a story and that ummmm sometimes there are a lot of stories out there which are false... The hardest thing is to try and not let those falsehoods affect your own life.

What brings this all to another level of fucked-upness is a few weeks ago, we broke the story about how all the pictures of Taylor and Tom taken in the beginning of their relationship were released by one company called The Image Direct.

Well, Tom was recently spotted leaving LA on a flight alone, sparking rumors he and Taylor are fighting.

The clearest pictures I've been able to find of his departure were taken by *drum roll* The Image Direct.

Citations: Flying solo Tom Hiddleston jets out of LA after stumbling over question about his romance with Taylor Swift (Daily Mail)