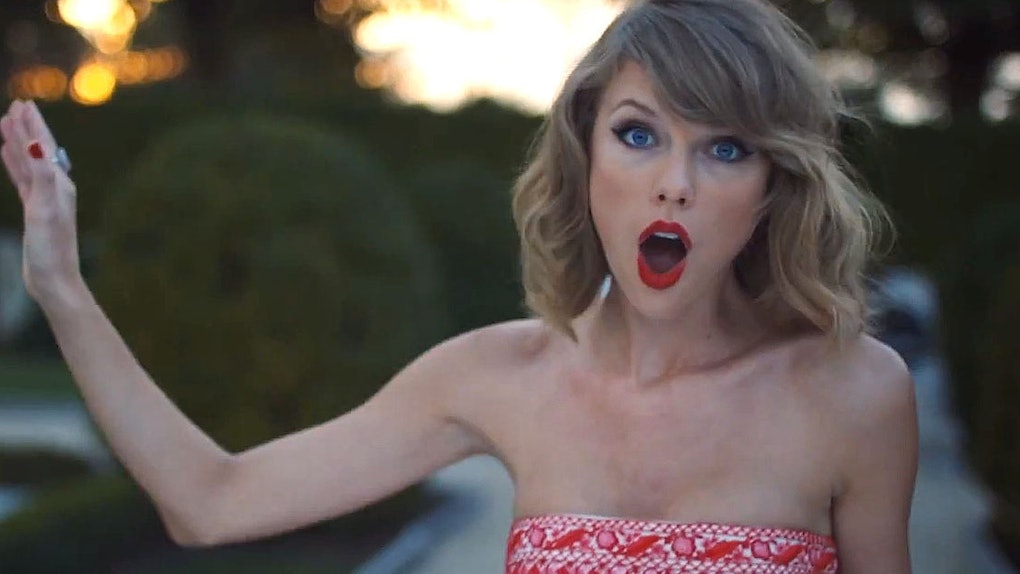 Sorry Taylor Swift, it looks like Tom Hiddleston has moved on.

The Emmy-nominated actor is the star of several Gucci ads for the fashion company's 2017 tailoring campaign.

In the photographs, Tom is pictured in a gorgeous mansion surrounded by beautiful Afghan Hounds.

The images were taken on historic property owned by the late interior decorator, Tony Duquette. Yeah, it's fancy AF.

I bet one of the bathroom tiles in this place is worth more than my entire life. That's cool, I guess.

Tom looks really good, too. He's dressed in everything from a check New Marseille suit to embroidered Gucci Princetown slippers.

He's also posing with a dog who bears a striking resemblance to Taylor Swift, at least according to people on Twitter.*

*Please note: This is not an anti-feminist statement comparing women to dogs. This dog just, like, looks like Taylor... if she was a dog.

That's right, people are comparing this Afghan Hound to the British actor's ex-girlfriend.

ACK, sorry Taylor! People can't seem to get over the picture of Tom gazing into the dog's eyes.

I guess it must be the hair? The color does look pretty spot on...

Everyone's basically making the same joke about Taylor and Tom.

It doesn't stop there, though. Gucci's Instagram followers also drew the comparison. CAN'T WE JUST LEAVE THE GIRL ALONE?

Perhaps this is why Taylor just changed her hairdo?

She just brought her bangs back, so uh, maybe she was trying to change things up?

Either way, I guess Taylor is permanently linked to Tom. I mean, she will forever be his ex-girlfriend.

An Instagram user also made the best Taylor Swift joke of all time.

Haha, get it? Cause it's a tailoring campaign?!

LOL, I love the internet.

Hang in there, Taylor. The roasting will be over one day... maybe.