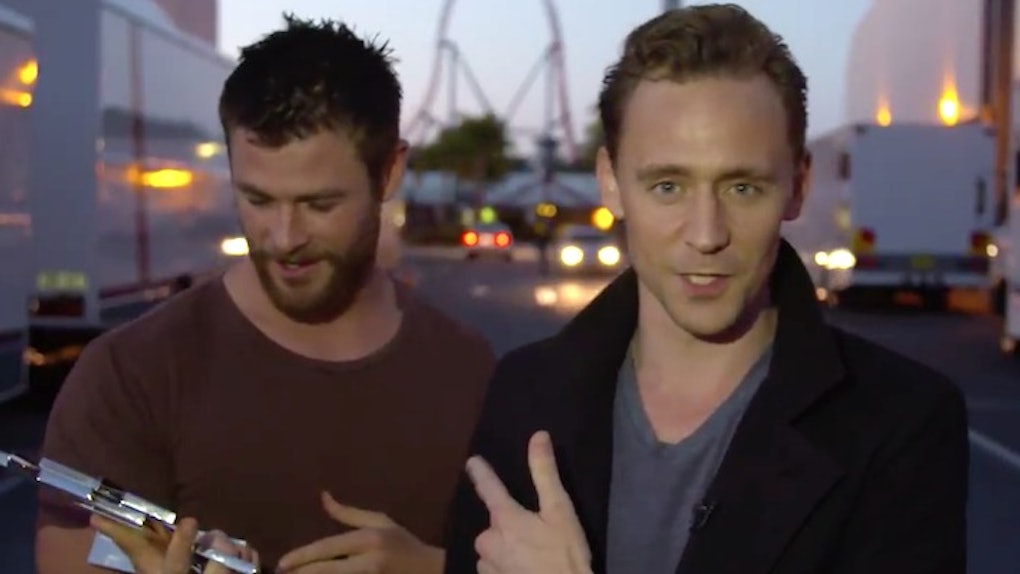 Well, it's safe to say Tom Hiddleston is a true team player.

The 35-year-old actor teamed up with his "Thor: Ragnarok" counterpart Chris Hemsworth last month during a trip to a children's hospital.

Both Chris and Tom took over Lady Cilento Children's Hospital in Australia with one goal in mind -- spreading happiness.

This time, Tom Hiddleston put his selflessness on full display after winning the award for Best Actor at the 2016 TV Choice Awards for his role in "The Night Manager."

Since he couldn't attend the show to accept his award in person, Hiddleston recorded a video thanking his fans for his latest accomplishment.

As Tom was accepting his award, 33-year-old Hemsworth and 44-year-old Elba unexpectedly popped up to steal the show with a few words of their own.

Just as he snatched the trophy away from Tom Hiddleston, Chris Hemsworth hilariously stated,

Immediately after stealing some of Hiddleston's shine, Idris Elba pops up to send a shout out to his mom.

It's hard not to be fans of these guys. They all seem pretty genuine -- even when they're not hanging out with the awesome little heroes at children's hospitals.

Hey, Tom, way to keep yourself together as your actor buddies took some credit for your stellar acting. Oh, and congratulations on winning the award for Best Actor!

Does anyone know what his recent ex Taylor Swift thinks about this?!