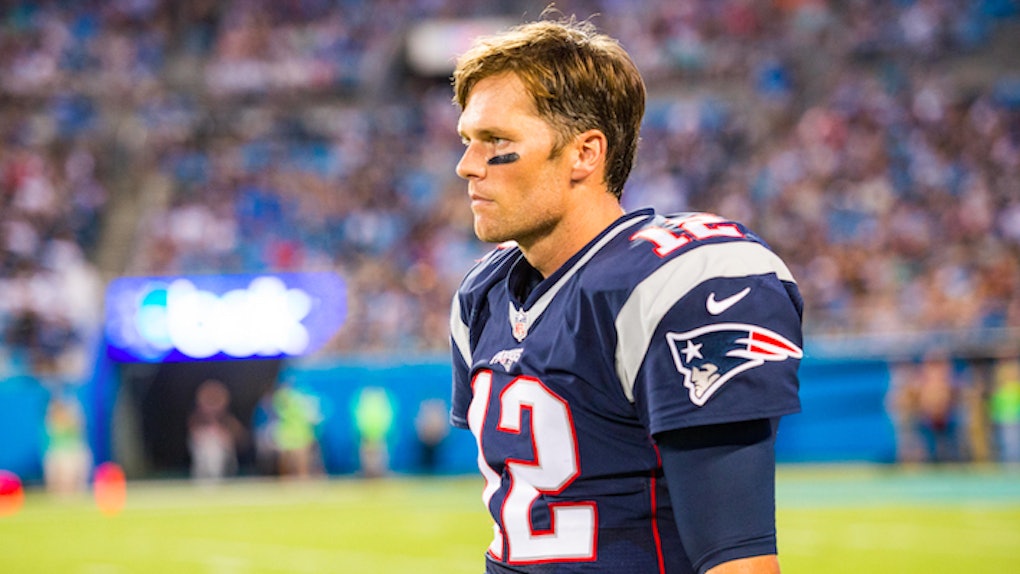 Wow, looks like Tom isn't too deflated over his suspension. In fact, it looks he's F*CKING NAKED.

Tom Brady decided to let the entire world know that he's not exactly doing any penance over his Deflategate suspension.

In fact, the Patriots quarterback showed off more than just a quarter of his back while away vacation in Positano, Italy.

That's right, Tom got super naked during a sunbathing session, while lounging underneath the Italian sun (I mean, it's the same sun we have but with a cooler accent).

"You there. Come hither and feed me some grapes, while strumming a ballad upon on a lyre," is something he probably didn't say during his getaway on the Amalfi coast.

Tom also was seen snuggling up to his supermodel wife Gisele Bündchen who wore a bikini while catching some rays.

Of course, I sincerely hope that "Naked Tom Brady" becomes a meme to remember.

With his team currently 3-0, it's clear that Tom isn't too stressed out over the Patriots' ability to make it to the playoffs this year.

However, if I were Tom, I would totally be stressed out over how little that towel is.

WHAT IS THIS? A TOWEL FOR ANTS?!

In case you forgot (or you're a Patriots fan who suffers from denial), Tom was banned from playing for four games after he was caught deflating footballs during the AFC championship showdown in 2015.

Personally, I think this nude move is a big "EFF YOU" gesture to the NFL.

Can you imagine as a high schooler getting suspended from school and then reacting to your punishment by going on vacation?

That actually sounds like a pretty ballsy move (ALL PUNS INTENDED).

Hopefully, Tom is letting off some steam. Then again, pushing the air out of things does seem to be one of his fortes.