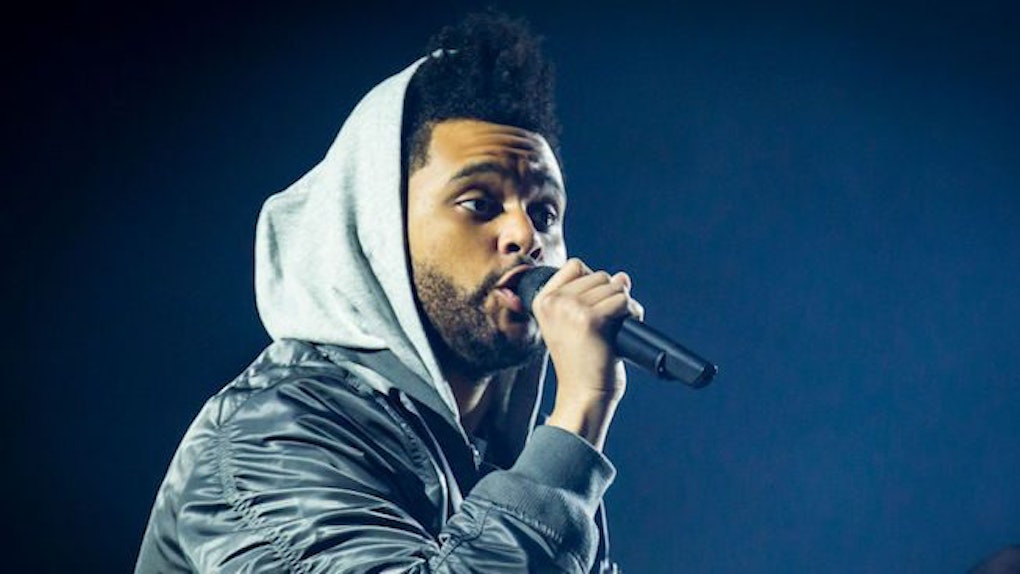 Where Is The Weeknd During The VMAs? The Star Was Supposed To Perform

Raise your hand if you can't feel your face after that one... you know, the appearance that never happened. The Weeknd was supposed to perform at the VMAs, but he was M-I-A and everyone was extremely confused. The rapper was announced at the beginning of the show as one of the artists who would take the stage, yet as the event came to a close, he was a no-show.

He cancelled a private VMAs performance two hours before it was set to begin on Friday, Aug. 25, according to Variety, and neither he nor MTV responded to comment about his lack of performance at the Aug. 27 event, Variety further stated.

The rapper, who was also up for five awards this year, has been keeping things hot and heavy with his new leading lady, Selena Gomez, who was not nominated for either of her two new singles (which, naturally, caused a ton of drama in the fandom). Speculation over her attendance at the VMAs skyrocketed, especially given the fact that the two have been joined at the hip and not shy about showing some social media PDA. But fans didn't expect both to miss the show.

VMAs aside, this has been a very busy year for this new power couple. Both just scored publishing's most coveted spots: September issue covers. The Weeknd is featured in Harper's Bazaar alongside Adriana Lima and Irina Shayk while Gomez is the face of InStyle's fall fashion issue.

While he has been keeping busy with his music, Gomez has also released new songs. She also shifted gears to work on her handbag collection with Coach and produce the hit (yet controversial) Netflix original series, 13 Reasons Why.

Despite their busy schedules, it seems the two are making time for their relationship to grow. According to that September issue interview, Gomez revealed,

You want someone to add to your life, not to complete you, if that makes sense. I'm lucky because he's more of a best friend than anything else.

Since neither artist made a VMAs appearance, fans are definitely going to want the 4-1-1.