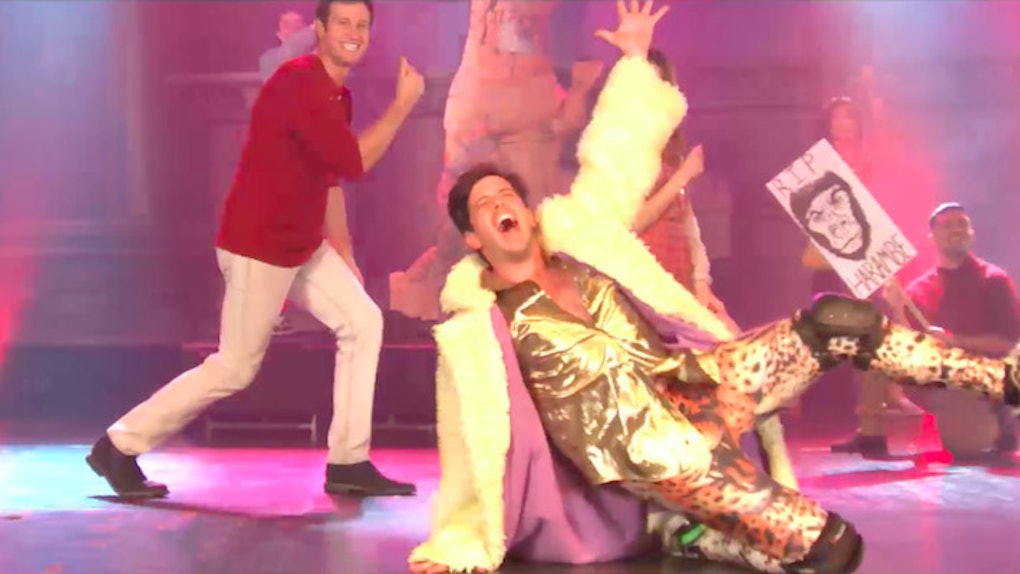 The Rock And Lin-Manuel Miranda Wrote A Millennial Musical

If you couldn't relate to "Hamilton," might I suggest "Millennials: The Musical"?

I'm not saying "Hamilton" isn't relatable, it's just a lot of it speaks to a very specific kind of person.

The themes of struggle, making a name for yourself and not getting carried away in petty arguments are all there, and we can associate with them, but the story itself can often feel out of reach.

You know anyone who died in a duel lately or led troops against the British with his French best friend? Yeah, me neither.

Thankfully, Lin-Manuel Miranda and The Rock saw this problem and created a musical to speak to a more modern generation.

It's called "Millennials: The Musical" because, honestly, what else would you call it?

I got a chance to talk to cast member, YouTube ICON Meg DeAngelis (AKA MayBaby), about her role in the play and how she relates to the subject matter.

Do you see yourself as a Millennial?

Technically, I am one, but not really. Millennials are super connected on Facebook and all of that, and I'm not really. I'm really bad at keeping in touch with people and never really know what people are up to. My friends don't really know what I'm up to. On social media, I know how to work Instagram and Twitter and all of that, so I can relate to my character really really well.

Is there a part of the musical you really relate to?

The co-stars date and break up pretty quickly. I've definitely done that before. I also lose my phone all the time. I lost it on four separate occasions during the two days of shooting we spent on the video.

Are you a big dating app person?

I'm actually not. I got Tinder once, but I was apparently swiping the wrong way and just matched with a bunch of people so I just deleted the app right after that. I'm actually really bad at figuring out new apps -- it kinda freaks me out. Tinder reminded me too much of those eHarmony commercials.

Yeah, in a bad way. It's a good idea, but I'm low-key hoping that I'll meet someone by fate or something.

If you had to delete all your apps and keep one what would it be?

“Millennials” is produced by Seven Bucks Digital Studio, a digital arm of Seven Bucks Productions co-founded by The Rock and longtime manager Dany Garcia, who tapped Lin-Manuel Miranda to play a parody role of producer for the video.