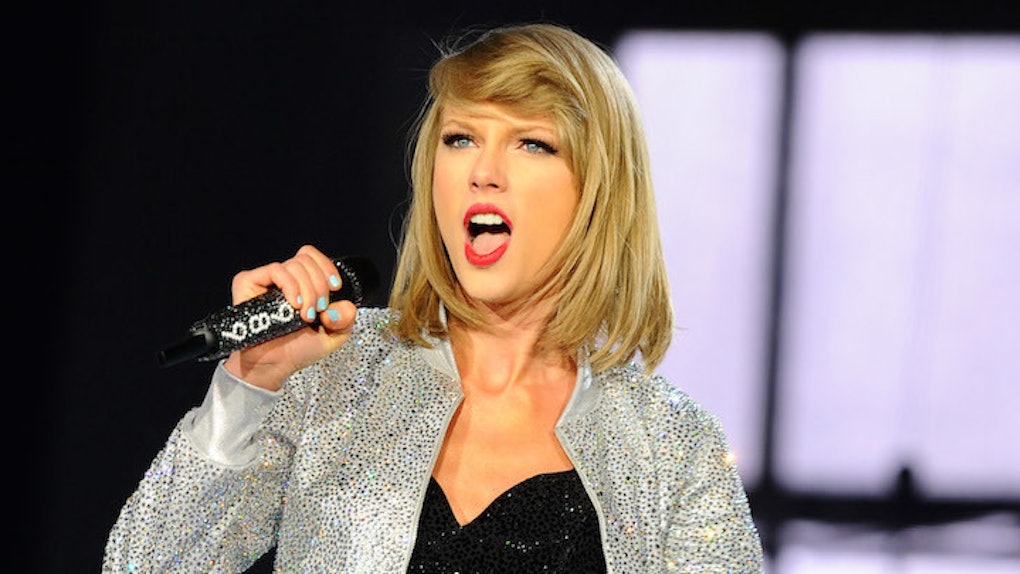 TAYLOR SWIFT IS OFFICIALLY BACK AND BETTER THAN EVER... sort of.

The 1989 singer may have been on the DL lately, but that doesn't mean she hasn't been making music.

According to Rolling Stone, Taylor has written the lyrics to a new country single called "Better Man."

SO THAT'S WHAT SHE'S BEEN DOING THIS WHOLE TIME? DA FUCK?

Before you Swifties lose your shit and break something, you should know it isn't her song. The 26-year-old pop star wrote the lyrics for the group Little Big Town.

The song is emotional AF and all about a girl being in love with a guy who sucks. OH, BEEN THERE, DONE THAT, SISTER. You're preaching to the choir.

One part of the lyrics reads,

I wish it wasn't 4 am standing in the mirror / Saying to myself, you know you had to do it / I know the bravest thing I ever did was run.

Shit. Is this the new song I listen to when I lie in bed and cry over my ex?

Even the music video for "Better Man" reminds me of Taylor Swift. It feels like a mix of "Wildest Dreams" and "White Horse."

Maybe that's because there's literally a white horse in this video, but WHATEVER. You know I'm right.

Even though Taylor Swift has been keeping a low profile, she did perform live for the first time in nearly a year in the middle of October.

OH, she also sang her ex-boyfriend Calvin Harris' song "This Is What You Came For."

This past July, we learned Taylor Swift secretly wrote the lyrics to this song, but Calvin released it with Rihanna instead.

This performance was basically her way to say, "Look Calv, I ain't goin' anywhere BITCH. This shit is MINE."

That's at least what I got from it.

Welp, all I can say is I hope Taylor is currently working on an epic album of her own. If she has time to write for Calvin and Little Big Town, then maybe she's been creating some awesome stuff for herself.