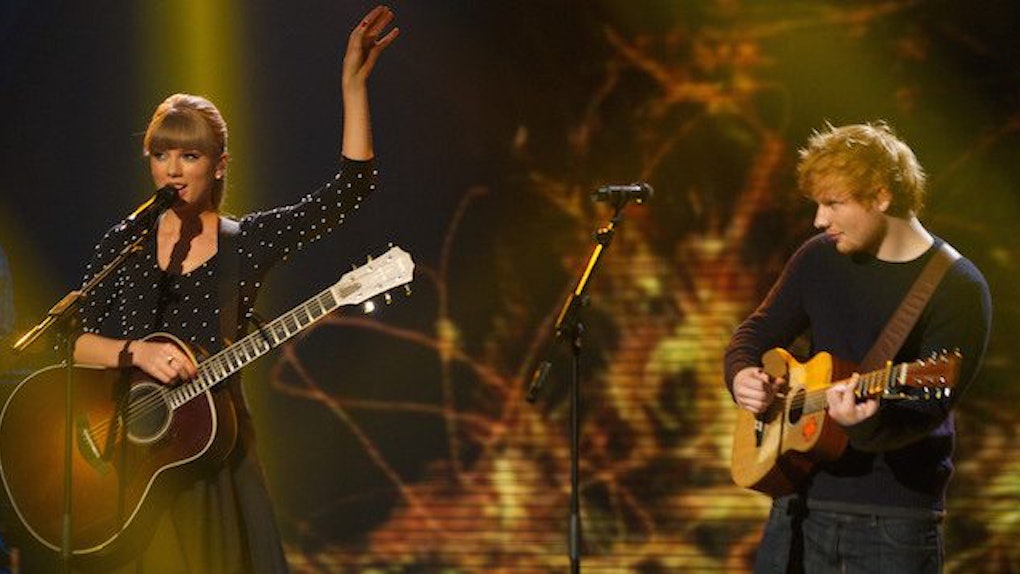 Taylor Swift is very protective of her music prior to its official release.

How protective? Marsellus Wallace's soul didn't have this level of security guarding it, though it was transported in a v similar vessel.

She would never send new songs, no… I hear them but it has to be with her… I remember when I did a song with her for her album, I was in San Francisco, and they sent someone with a locked briefcase with an iPad and one song on it, and they flew to San Francisco, and played the song I've done with her… And they asked if I like it and I was like, 'Yeah,' and then they took it back, that's how I hear it.

The fact more people have access to the launch codes for nuclear weapons than Taylor's rough drafts isn't the only reason she's so successful. It also has a lot to do with the classic underdog quality of pretty blonde millionaires.

To be fair, Taylor Swift was homeschooled for the second half of high school, making her both the most and least popular kid in school.

Ed realizes the tides have turned for them both. He added,

Ed recently entered a fresh era of self-confidence and is spouting that personal praise harder than a drunk girl to a bar bathroom mirror at 2 am.

He told the magazine,