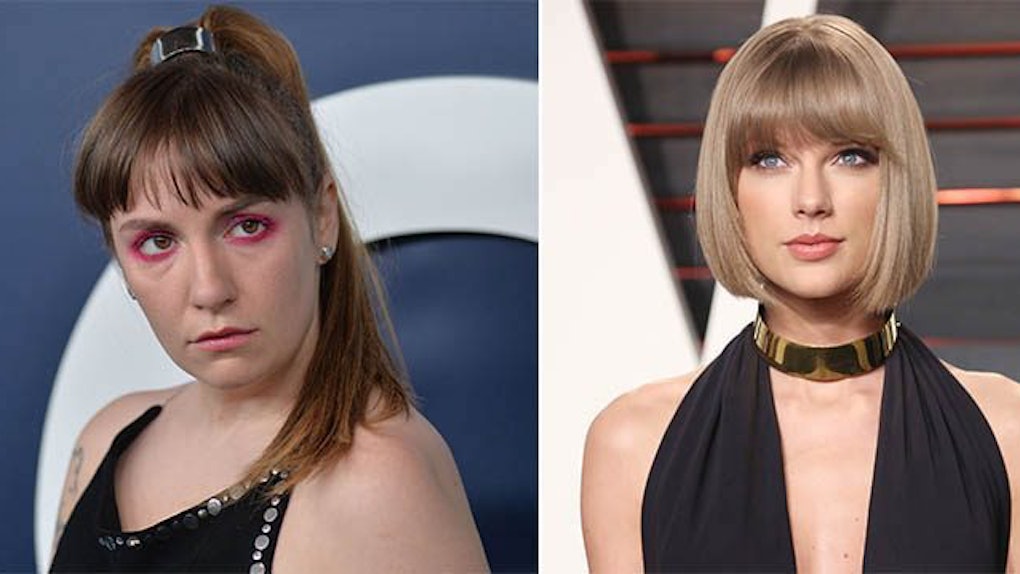 People had a lot to say when Taylor Swift was noticeably quiet during the recent election, but Lena Dunham doesn't blame the star for her obvious silence when it comes to politics.

Swift was tight-lipped regarding all things politics, including her opinions on several widely publicized matters throughout the presidential race between President Donald Trump and Hillary Clinton.

It wasn't until election day that the 27-year-old star even mentioned politics. She took to Instagram to share a photo with her fans, which showed her standing in line to cast her vote.

Now, Lena Dunham is speaking up to defend Taylor Swift's political silence -- and whether you agree with Dunham or not, she actually has a point!

I just think everyone has to do it their way. When I was lesser known, I was like, 'Who could not share their opinion?' Then I found out that when you talk about politics, people straight up tweet you the floor plan of your house and say they're coming to your house. You have to fucking watch it because people are nuts.

People are crazy... That seems like a logical reason for T-Swift's secrecy regarding politics to me!

You're either going to speak out, offend millions of people and endure a ton of death threats, or you're going to keep quiet, and the world will label you as careless. As a celebrity, it's almost impossible to win.

Dunham went on to cite Swift's impeccable work ethic as the reason she is able to withstand some of fame's most brutal side effects.

She's been in the public eye since she was 15. I felt young when my career started and I was 23, 24. When I met her, she was newly 22, and she was a fucking seasoned pro at this stuff. Watching the way that she understands the vicissitudes of the cycle, and she just keeps making her work – that's just really impressive to me.

Citations: Lena Dunham Defends Taylor Swift's Silence During the Election and Aftermath: She's a 'F--king Seasoned Pro at This Stuff' (Us Weekly)