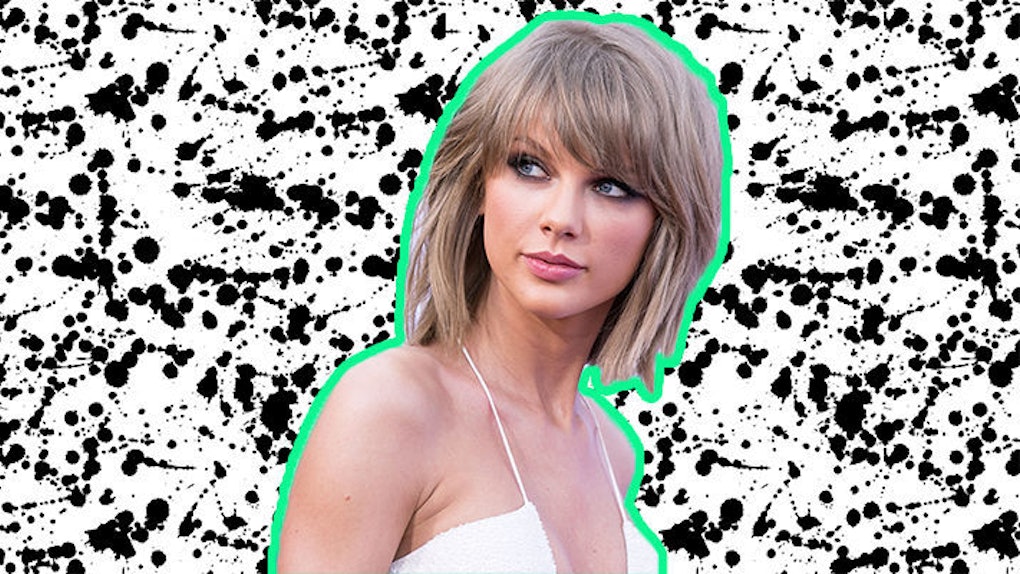 Taylor Swift Kissed A Guy At A Party, But It Wasn't Tom Hiddleston

Ah, Taylor Swift, what will we do with you?

Look, we're not having a pop at you for living life like every 20-something. We're just struggling to keep up, that's all.

She was in the Hamptons this weekend for Karlie Kloss' birthday party with who else but Nelly.

The rapper invited Taylor on stage to sing Kelly Rowland's part in "Dilemma."

A source told ET, "She hesitated at first but decided in the end to do it."

But don't get too excited about hearing an exclusive T. Swift take on the classic tune, because it sounds and looks like she's lip-syncing.

But that's not why we're here.

We need to talk about this cheeky little kiss Taylor gave some guy named Mikey Hess while on stage. Apparently it was his birthday, too.

See that sensual graze on the chin? Hmmmmm.

First question: Who the hell is Mikey Hess?

Second question: Where is Tom Hiddleston?

Third question: Is this curly new hairstyle here to stay?

If you can answer any of the above inquiries, you know where to find us.