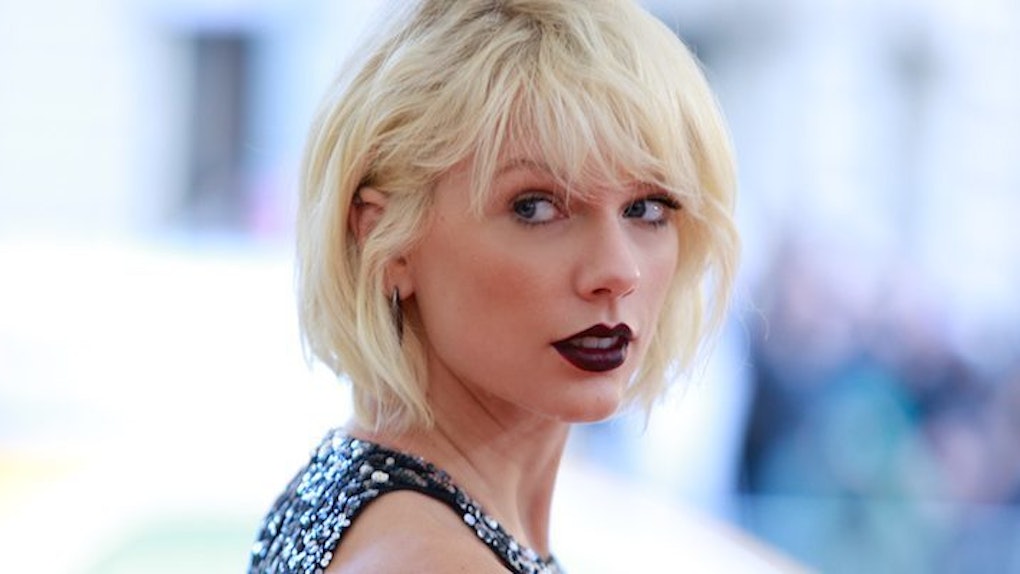 Taylor Swift May Be Adding Rap To Her Album

As if 2016 couldn't get any worse, Taylor Swift's newest album is supposedly going to include a bunch of rap because God is dead and life is pointless.

There's no question we're likely a few months away from Taylor's follow-up to 1989, an album that not only broke records but transformed Swift into one of the world's most famous singers.

The real question is what is going to be on that album. Taylor has been maturing her image over the past few months and she may be opting to move in a completely different direction.

Is she going to revert back to her country roots? Maybe she'll double down on her pop influences?

Whatever it is, everyone should pray to their personal gods it has nothing to do with rap.

The Sun is reporting Swift's new album could very well feature strong hip-hop and rap elements, thanks to a collaboration with Drake.

Taylor is always looking at ways to grow as an artist and really wants to try something different and unexpected for the next album... She's not afraid of experimenting so is working with a lot of different faces to see if she suits a new sound... The remix of her song Bad Blood had a less pop vibe — especially once Kendrick Lamar featured on it — and was a big hit, so she thinks her fans will like her going in this direction.

Drake has been her friend for a while and it seemed a no-brainer that she would spend time in the studio with him. As well as writing with Taylor, he's producing a few tracks and even lent his vocals to one song. It's a real mix of edgier hip-hop and R&B sounds.

It's very likely this all has something to do with Drake and Taylor's potential romance that has been bubbling up for a while.

They share a real connection over their love of music and studio time and get on very well. Taylor met his parents at a recent birthday party and invited him to drop in any time he's in her neck of the woods to meet her folks. In turn he's told her to party with him at New Year in Las Vegas.

So, hold your loved ones close tonight and pray for a brighter future tomorrow -- one without Taylor Swift rapping.

Citations: Taylor Swifts New Album Might Be a Mix of HipHop and RB Sounds (Complex)