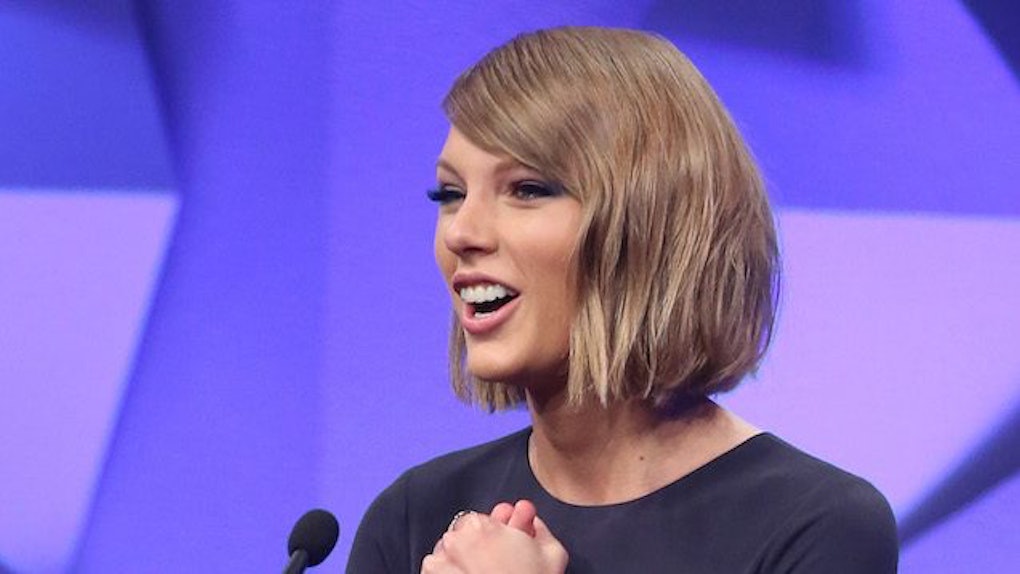 Did Taylor Swift Hide In A Suitcase? The Rumor May Be False

The T. Swift rumors have been flying — skyrocketing, really — all over the interwebs about Taylor Swift leaving her NYC apartment in a giant black suitcase to hide from paparazzi. Yes, it appeared to be a true rumor for a moment but unfortunately, no... it is not true. It turns out the huge, mysterious suitcase was just... well... a suitcase.

A news agency, Splash Media, released an image on July 18 with the caption, "Taylor Swift being transported in a huge suitcase from her Tribecca apartment into her truck. A fleet of cars including two large cadillacs and three suv's arrive at Tailor Swift's apartment in Tribecca to move a large suitcase from apartment to truck. Almost a dozen of Taylor Swift security guards were present to move this package carefully as Taylor Swift remains to be unseen for a long time."

The caption was immediately retracted by Splash News, according to Spin Magazine. An anonymous Splash News representative told Spin, "I literally just put the phone down from someone on Taylor's camp. We're having to actually retract that."

A former employee at Gawker, Andy Cush, reported to Spin Magazine that the caption was a mistake, according to a representative at Splash:

The Splash representative, who declined to be identified by name, said that the Swift shutterberg was 'not really a regular photographer that we use,' and had made the claim about Taylor being inside the suitcase without personally verifying it. The report stated it as a fact, which we actually don't know; how could we?

Celebrities certainly have to go through hell and back to stay out of the spotlight. The world actually believed Taylor Swift left her apartment in a black suitcase because.... well, that's celebrity life for you! How baller would that be?! I mean, even Adele has used a suitcase to avoid fans... and Adele is everything.

Swifty, the next time you want to hide from paparazzi, be sure to use a box, because why not? It's Hollywood glamorous, you don't have to use your legs at all, and everyone thinks you're already in there.